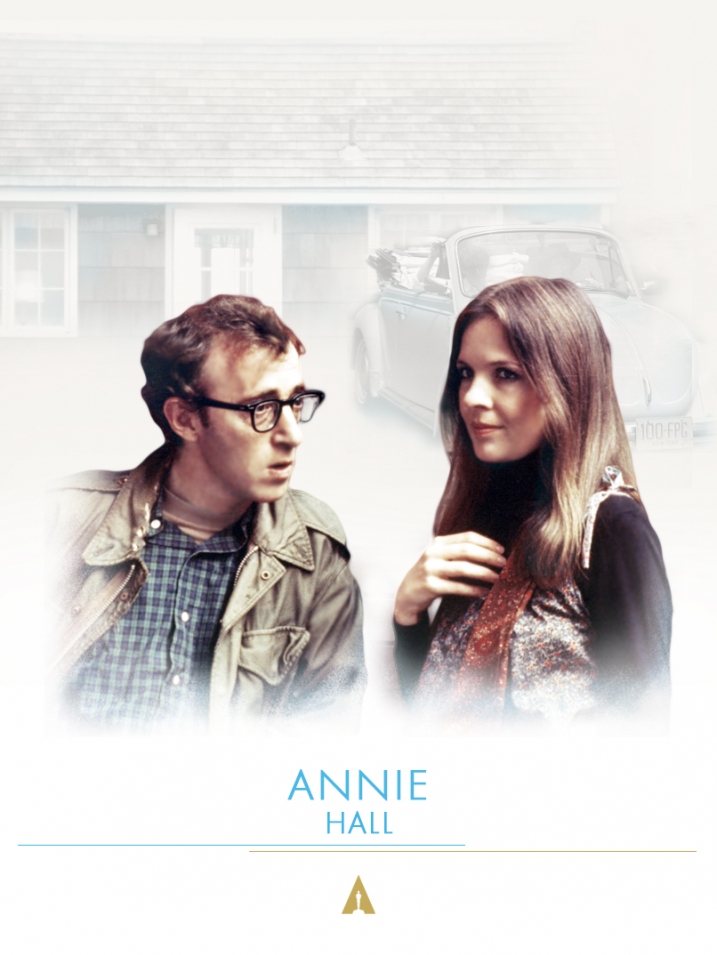 Motion picture costume design is often associated with elaborate historical costumes, although designers also create more modern garments. Using the groundbreaking urban American films of the late 1960s and 1970s, the Academy’s Friday series demonstrated how a designer’s work can be a key element in creating contemporary characters. The work of the featured designers enhanced some of the most memorable performances of the era and complemented the gritty, soul-baring aesthetic of New Hollywood, which found innovative, director-driven cinema briefly holding sway in the industry.

Finishing the series in February were the work of Ruth Morley, whose eclectic costumes for Annie Hall ignited a revolution in women’s fashion, and the gritty, realistic costumes of Albert Wolsky for James Toback’s Fingers.

Woody Allen’s charming comedy about a neurotic comedian’s courtship of an eccentric would-be singer was a commercial and critical breakthrough for the filmmaker, earning Allen Oscars for Directing and Original Screenplay, as well as awards for Best Picture and for Diane Keaton’s effortlessly charming performance in the title role. Ruth Morley’s hilariously eclectic costumes for Keaton helped make the actress not only one of cinema’s great romantic comedy heroines but also a modern icon of style. Gordon Willis’s beautifully naturalistic cinematography was a tremendous asset in the first of eight consecutive films he would shoot for Allen. With memorable supporting appearances from Carol Kane, Paul Simon, Shelley Duvall, Christopher Walken and Jeff Goldblum, Annie Hall has lost none of its charm nearly four decades after first wooing audiences.

James Toback, screenwriter of the original The Gambler, made his film directing debut with this edgy urban drama. Harvey Keitel gives a darkly magnetic performance as Jimmy “Fingers” Angelelli, a brilliant young pianist with a penchant for Bach who squanders his potential by working as a collector for his loan shark father (Michael V. Gazzo, The Godfather Part II’s Frankie Pentangeli). Featuring charismatic performances by Jim Brown as Jimmy’s mentor and Tisa Farrow (Mia’s sister) as his muse, Fingers is a prime example of ’70s cinema at its boldest and most personal – Toback’s friend Pauline Kael called it “a howl of ambition” and “exuberantly melodramatic” – and was remade by French director Jacques Audiard (A Prophet) in 2005 as The Beat That My Heart Skipped. Albert Wolsky, the seven-time Academy Award nominee who won Costume Design Oscars for All That Jazz and Bugsy, created the gritty yet stylish looks of Keitel and his co-stars.