A night of comedy legends ushered in the Academy's six-film “The Last 70mm Film Festival” on Monday nights with the July 9, 2012 screening of “It's a Mad, Mad, Mad, Mad World.” Familiar faces from in front of and behind the camera including Mickey Rooney, Jonathan Winters and Carl Reiner appeared on the Samuel Goldwyn Theater stage to salute the comedy epic, giving the audience a laugh-filled dose of pure hilarity and vintage Hollywood class.

A fan of the film since the age of 15, host Billy Crystal took to the stage after opening remarks by Randy Haberkamp, the Academy's Managing Director of Programming, Education and Preservation, to welcome the crowd. Crystal fondly recalled his own personal history with the film including setting up a homemade ticket agency at his junior high school to sell 150 tickets for the film with his friend Joel, who was also in the audience after getting a call from Billy: “Fifty years later, you wanna see the movie again?”

The nine guests onstage for the evening included a roster of talent who worked on the film, ranging from memorable bit parts to major players in the slapstick pandemonium. Comedy legends Jonathan Winters (who made his big-screen debut in this film) and Carl Reiner shared their stories of cutting up on the set, losing out a fantasized leading role in “High Noon” and working with the legendary director, Stanley Kramer, whose widow Karen sat with them on the stage and had a huge hand in putting this evening together. Mickey Rooney (who played Ding Bell) asked for a moment of silence for recently deceased Oscar-winning actor Ernest Borgnine, while Marvin Kaplan (who possesses one of the most distinctive comedic voices in the movies and played Irwin) talked about the dangers of doing stunts during the spectacular gas station destruction sequence.

Also present for the evening's panel were popular voice actor Stan Freberg (who plays a deputy sheriff in the film), actress/dancer Barrie Chase (who played Sylvester's dance-crazed girlfriend), casting director Lynn Stalmaster and script supervisor Marshall Schlom, with subjects ranging from the size of the original shooting script (“Bigger than a telephone book!”) to working opposite the late Dick Shawn.

In a fun touch for the audience, the ten-minute intermission featured the original police radio calls as played during the initial engagements in the Cinerama Dome piped throughout the building – even the lobby and restrooms! – to keep the spirit of the movie going as the audience stretched their legs. As an extra bonus, the film itself was also preceded by a restored 70mm print of “The Miracle of Todd-AO,” a 1956 short demonstrating and examining the technological breakthroughs of the high-resolution widescreen process first used for feature films with the classic musical “Oklahoma!” Featuring dazzling vistas and high-velocity thrills, it was a perfect appetizer for the main feature to come.

Released in 1963, “It's a Mad, Mad, Mad, Mad World” was the first comedy directed by Stanley Kramer, who had helmed such Oscar-winning films as “Judgment at Nuremberg,” “The Defiant Ones” and “Inherit the Wind.” According to Karen Kramer, he took on the daunting project as a sort of personal dare after New York Times critic Bosley Crowther told him he couldn't make a comedy.

For this story of a frantic race to find a hidden stash of cash, Kramer assembled a once-in-a-lifetime cast of movie greats from every generation of Hollywood royalty and assembled a mammoth production lasting for 166 days of shooting. In keeping with the big-scale nature of the Academy's series, this film was shot in the large-format Ultra Panavision 70 process and was shown in some theaters in Super-Cinerama. That huge spirit that resulted in some of the most visually astonishing films to ever come out of Hollywood was still alive and well for the evening, ushering a summer-long event no audience member will ever forget. 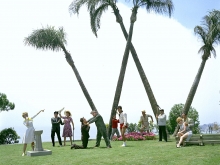 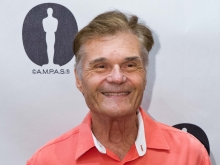 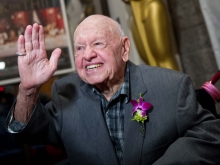 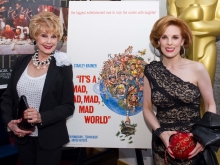 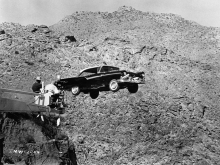 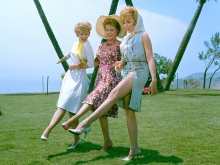 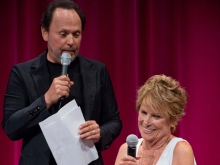 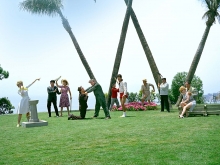 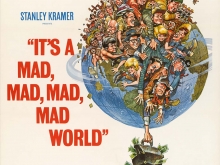 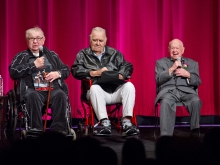 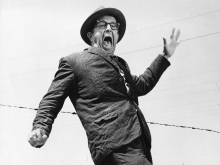 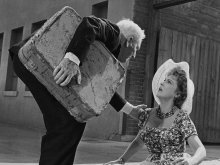 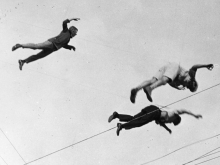 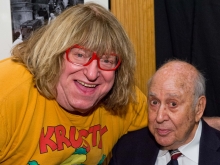 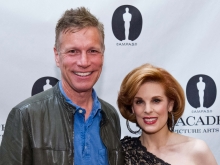