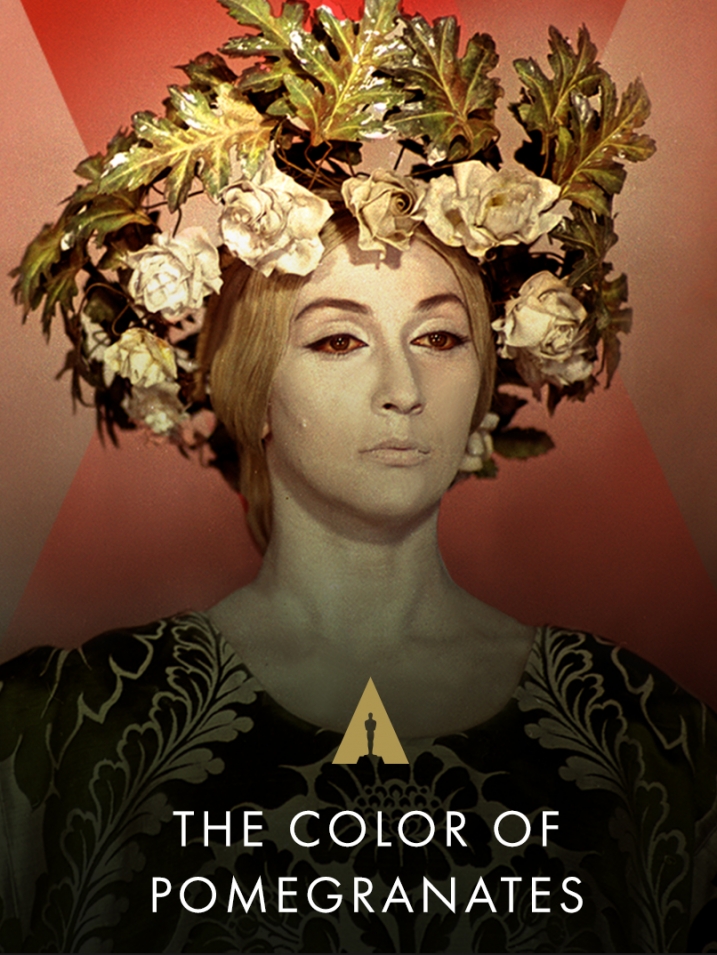 This dazzling epic is as far from a traditional biopic as one can imagine, using remarkable, dreamlike imagery to capture the essence of Sayat Nova’s work rather than portray a strict chronology of his life. Although Parajanov’s film was esteemed by other directors – including Michelangelo Antonioni, who stated “Color of Pomegranates is of a stunningly perfect beauty. Parajanov, in my opinion, is one of best film directors in the world” – Soviet authorities were less sympathetic, suppressing the film and ultimately jailing its director. For years the film was available only through bootleg copies and in a  Russian-language edit, but now, 24 years after Parajanov’s death, the Academy is able to present The Color of Pomegranates in a fully restored Armenian-language version. Restored by Cineteca di Bologna/L’Immagine Ritrovata and The Film Foundation’s World Cinema Project, in association with the National Cinema Centre of Armenia and Gosfilmofond of Russia. Restoration funding provided by the Material World Charitable Foundation and The Film Foundation.