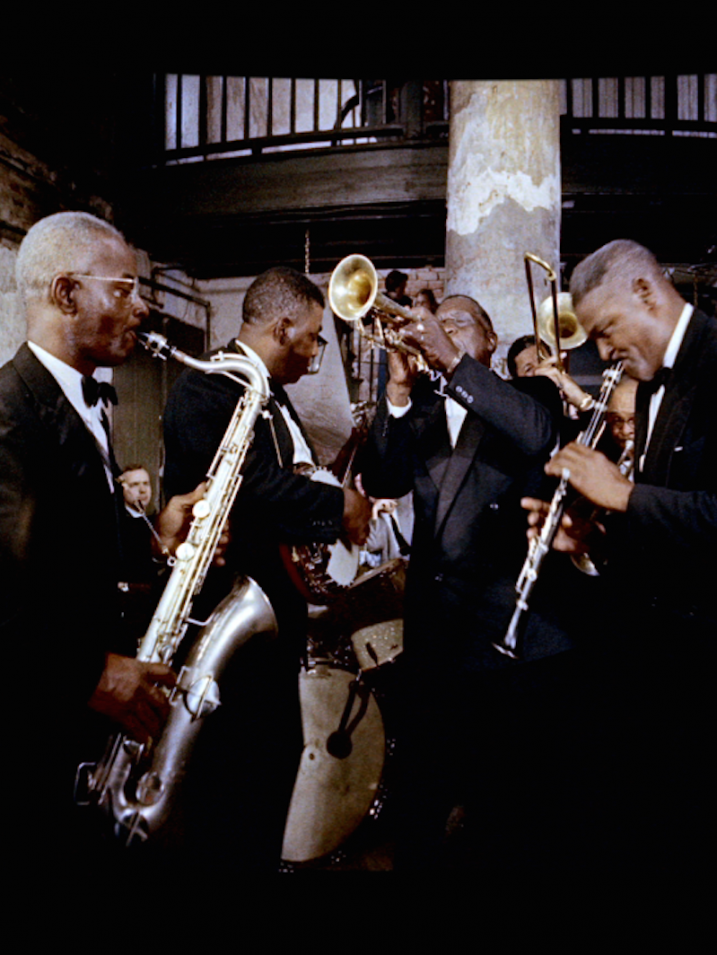 Cinema has endured for decades in the face of competing visual storytelling mediums. In connection with our event The New Audience: Moviegoing in the  Connected World, discover how studios and filmmakers – long before tablets, smartphones and the Internet – responded as audiences began trading regular visits to the movies for the ease and affordability of the first small screen: television. In response, numerous widescreen cinematic formats were rolled out around the world and capitalized on the breathtaking width of the projected image, not to mention the heightened fidelity of stereophonic sound, to achieve effects far beyond the reach of TV sets.

This Is Widescreen offers a colorful assortment of films that demonstrate how filmmakers found new means of engaging the flexibility of the cinema and the key larger-than-life film formats employed over a 15-year period in Hollywood – from the launch of Cinerama in 1952 and the subsequent widescreen boom that included CinemaScope, VistaVision, Todd-AO and others – plus highlights from the first wave of 'Scope filmmaking from around the globe.

Three years after the larger-than-life, curved-screen vistas of This Is Cinerama wowed twenty million people in the U.S., the independent studio behind the trailblazing widescreen format embarked on an even more ambitious project for their sophomore release: a wistful travelogue. Cinerama Holiday follows two real-life couples, one Swiss and one American, as they embark on spectacularly scenic vacations in each other’s backyards. Kansas City natives John and Betty Marsh explore the splendors of snowy St. Moritz, learn to ski in Davos, enjoy fondue and yodeling in a raucous chateau and take in the sights, sounds and fashions of Paris. Zurich’s Fred and Beatrice Troller enjoy the wide-open spaces of America on the back of a scooter hurtling through the Southwest and in the Vista-Dome of the California Zephyr. They revel in the bustle of San Francisco, the dazzle of Las Vegas, the dynamism of New Orleans and the charm of New England. The box office smash of 1955, Cinerama Holiday will screen in a glistening new digital restoration presented in the “Smilebox” curved screen simulation!