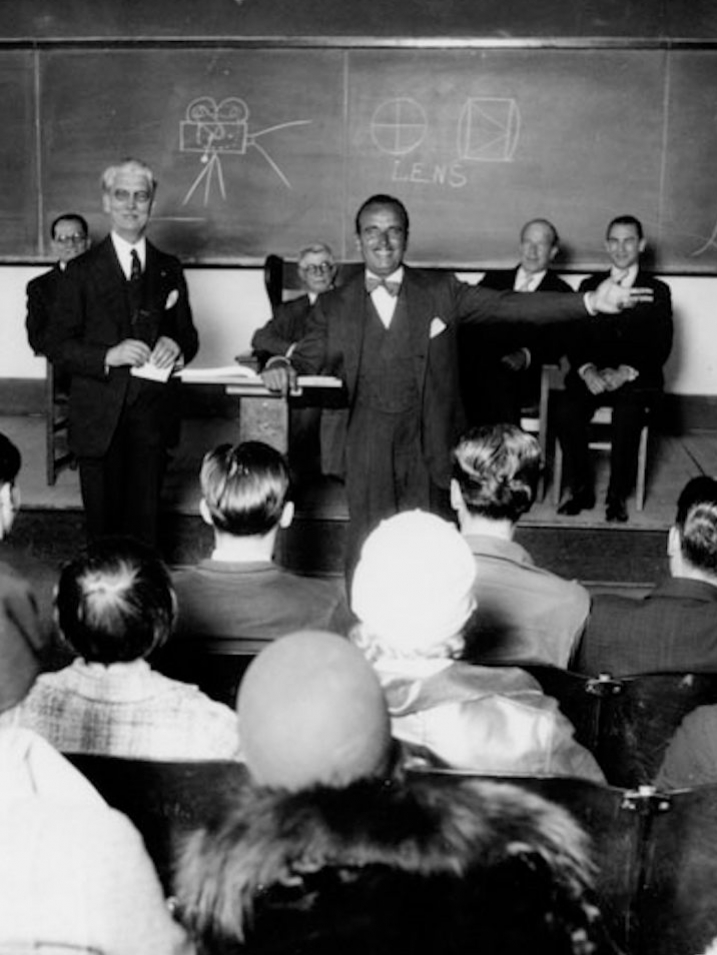 In February 1929, the University of Southern California, in cooperation with the Academy of Motion Picture Arts and Sciences, began offering a course titled “Introduction to Photoplay.” The class featured such guest lecturers as Douglas Fairbanks, Sr., the Academy’s first president, Mary Pickford, Irving Thalberg, Ernst Lubitsch and other Hollywood luminaries. The success of the course led to the formation, in 1932, of the Department of Cinematography, which eventually became the USC School of Cinematic Arts. At the time, USC was the first American institution to offer a course of study leading to a bachelor’s degree in cinema. A doctorate in cinema was added in 1955.

In the nine decades since “Introduction to Photoplay,” the school has become renowned for its comprehensive curriculum in moving image media. Its faculty consists of industry professionals and scholars of entertainment media, teaching across nine programs ranging from animation to producing and writing to interactive games and media. Its global network of more than 14,000 alumni includes some of the field’s most noted practitioners.

The Academy celebrated the achievements of the USC School of Cinematic Arts by hosting an evening with some of its most celebrated alumni: producer Kevin Feige, producer Stacey Sher, director John Singleton and producer Jennifer Todd. The evening included film clips and a conversation about the significant films that have inspired their work and how their time at USC helped them to develop as filmmakers.