Challenging stereotypes that persist today, The Ballad of Gregorio Cortez examines the nature of “foreignness” through the true story of Gregorio Cortez, a Mexican-American farmer accused in 1901 of murdering a Texas lawman.  Edward James Olmos stars as the legendary Cortez who eludes a large-scale search for two weeks. A film that has never been released on DVD is now restored to the big screen for a new audience to rediscover.

The screening was presented as part of the Academy’s participation in Pacific Standard Time: LA/LA, a far-reaching and ambitious exploration of Latin American and Latino art in dialogue with Los Angeles, taking place from September 2017 through January 2018 at more than 60 cultural institutions across Southern California. Pacific Standard Time is an initiative of the Getty. The presenting sponsor was Bank of America.

Beginning in September 2017, From Latin America to Hollywood: Latino Film Culture in Los Angeles, 1967-2017 is a series of film screenings, conversations with filmmakers, and online content exploring the shared influences of Latino and Latin American filmmakers and the work they created or presented in Los Angeles during the past half-century. Support for this project is provided by the Getty Foundation.

Restoring The Ballad of Gregorio Cortez

The Ballad of Gregorio Cortez was filmed in a format called Super 16mm, which allowed the image to be adapted to widescreen 35mm for release. This in itself presented a technical challenge for a modern restoration.  In addition, the original release prints had been created at DuArt Labs through a complex process of optical printing. The original Super 16mm camera negative was left in 36 individual rolls, totaling nearly 16 hours of material, and was not in order of the final edit.

Modern VideoFilm transferred all 36 reels of negative at HD quality, and additionally transferred a 35mm print, a 16mm television negative and the original 35mm magnetic audio tracks, all of which were used to build a map of the movie. The sections of original negative were scanned at 2K resolution and conformed to the final version. Color correction and digital restoration were performed, and the main and end credits had to be fully recreated.

The Ballad of Gregorio Cortez was restored in 2016 by the Academy Film Archive. This project is supported in part by an award from the National Endowment for the Arts.

Directed by Robert M. Young. Produced by Moctesuma Esparza and Michael Hausman. Written by Victor Villasenor, based on the book With His Pistol in His Hand by Americo Paredes.

The Ballad of Gregorio Cortez 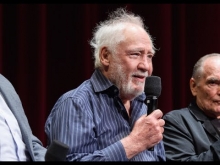 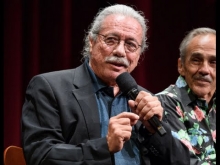 Making The Ballad of Gregorio Cortez 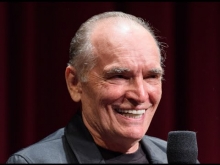 The Ballad of Gregorio Cortez Panel