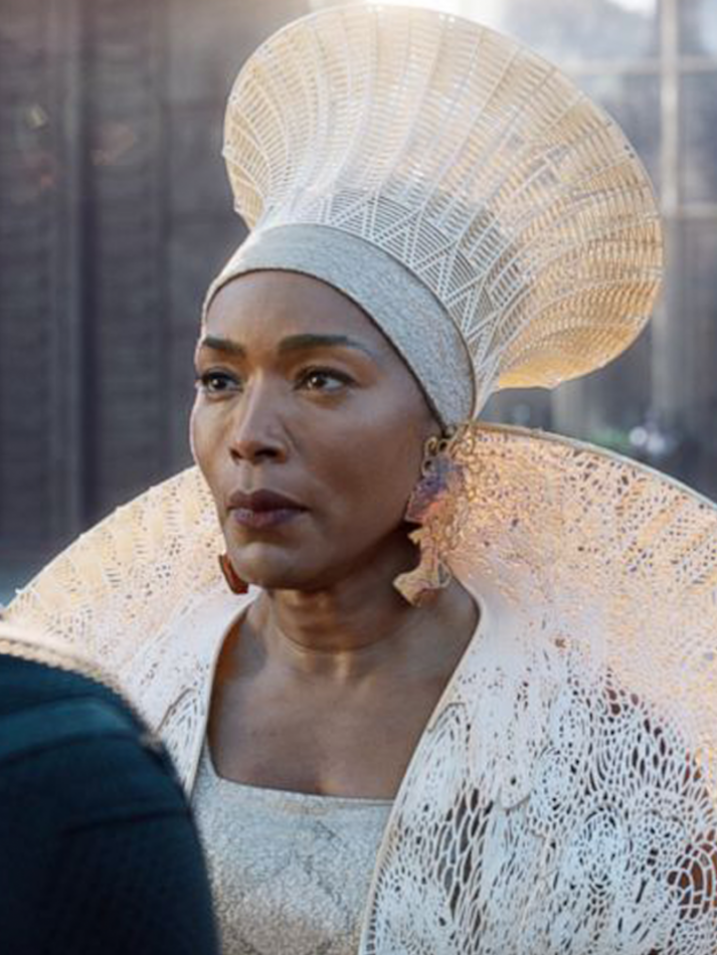 Original costumes from Black Panther were on display, plus hands-on costume design activities.

An African country far removed from the trauma of colonization, Wakanda is a technologically advanced utopia hidden from the outside world. But when its precious isolation is threatened by an old enemy, newly crowned king T’Challa must harness the powers of the legendary hero Black Panther to fight for what is right.

The 18th movie from the Marvel Cinematic Universe but the first to focus on a hero of color, Black Panther represents an important milestone in the history of superhero cinema. In honor of Black History Month, we celebrate this film with a screening and introduction by costume designer Ruth Carter, who received an Academy Award for her work on the film.

In Black Panther, Carter infused her designs with the aesthetics of Afrofuturism, which blends African mythologies with science fiction to project a powerful and underrepresented potential for black people. By juxtaposing handcrafted and 3D-printed accessories, and traditional African styles and modern silhouettes, Carter’s innovative design created a multidimensional and awe-inspiring cinematic world fit for a king.

Directed by Ryan Coogler. Produced by Kevin Feige. Screenplay by Coogler, Joe Robert Cole. Costume Design by Ruth Carter. Based on the Marvel comics by Stan Lee and Jack Kirby.

This program is made possible in part by a grant from the City of Los Angeles Department of Cultural Affairs.