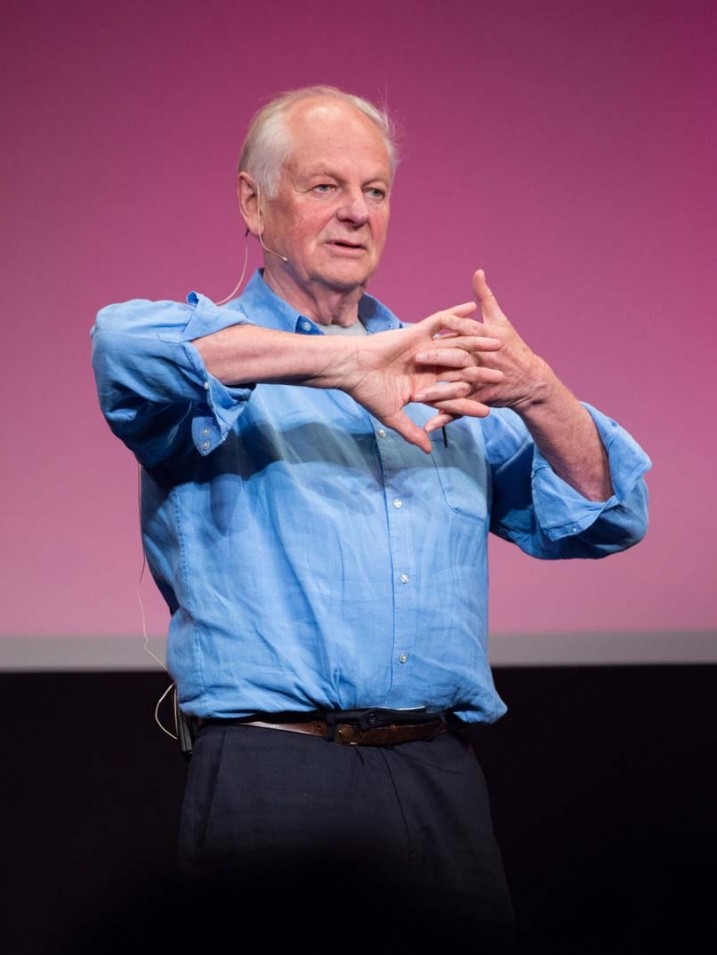 Drawn to Greatness with Richard Williams

“My mind opened, and it has never shut since.”

That’s how legendary animator Richard Williams felt the first time he saw Walt Disney’s “Snow White and the Seven Dwarfs” (1937), one of the influential films that became an ingredient in “This Amazing Medium,” an unforgettable celebration of creativity on October 4, 2013 at the Samuel Goldwyn Theater. The Academy’s Marc Davis Lecture on Animation has become a must-see tradition for animation fans, and one offered a special treat with an entire evening with three-time Oscar winner Richard Williams.

The event was especially moving as this year also marks the centennial of the birth of Marc Davis, the man who brought to life such immortal characters as Tinkerbell, Cruella De Vil, and Br’er Rabbit. His wife, Alice Davis, was present in the sold-out audience and shared a warm opening greeting when Williams took to the stage after an introduction from Randy Haberkamp, the Academy’s Managing Director of Programming, Education and Preservation, who had wanted to arrange a lecture for Williams since 2004.

Following an extended standing ovation, the emotional Williams began a guided tour in two parts, covering his inspirations (“the ingredients”) and his own animation process (“what I’ve done with them”).  His first story was a funny warm up about the legendary Chuck Jones, who could easily charm ladies by drawing his characters like Pepe Le Pew. The first film to set him on his course, “Snow White and the Seven Dwarfs,” demonstrated the meticulous, charming character animation that would develop throughout the history of the medium, which took another leap with Williams’s next clip from “Pinocchio” (1940), whose climactic showdown with the giant whale Monstro brought the physics of water to life in a feat of pure cinema. Two other Disney milestones included the striking mood and adult tone of the frightening Chernobog in “Fantasia” (1940) and the perfect narrative construction of “Dumbo” (1941), represented by its innovative “Pink Elephants on Parade” sequence.

Two icons of animation were spotlighted next with the wild and colorful antics of Tex Avery in the hilariously exaggerated “King-Size Canary” (1947) and Chuck Jones with one of the all-time great Looney Tunes classics, “One Froggy Evening” (1955). The art of the animation short was also given a sophisticated boost by UPA (United Productions of America) and animator John Hubley as shown in the Oscar-nominated “Rooty Toot Toot” (1951), an eye-popping rendition of the classic song “Frankie and Johnny.”

However, Williams’s most personal Disney experience was still to come when he first saw “The Jungle Book” (1967) and had his mind blown by the work of animator Milt Kahl, whose work on characters like the tiger Shere Khan and the snake Kaa inspired Williams to write an admiring letter. Soon after Williams got a chance to meet his idol, which inspired a hilarious story you can hear about in this video. The first half concluded with the transition to computer animation, which Williams felt was incapable  of capturing empathy until he saw “Toy Story” (1995) and its heartbreaking epiphany for Buzz Lightyear when he tries to fly.

Entitled “What I’ve Done With It,” the second half of the evening followed Williams’s own professional journey from his early inspiration to draw as a Canadian youth after seeing paintings by Rembrandt to his early job creating the striking main titles and additional animation for Tony Richardson’s “The Charge of the Light Brigade” (1968), inspired by cross-hatching drawings from the period setting of the film. Soon after Williams earned an Academy Award for Animated Short Subject for his visually stunning adaptation of “A Christmas Carol” (1971), which was executive produced by Chuck Jones and also featured animation by Abe Levitow. Among the artists on the project, Williams was particularly honored to be working with groundbreaking Looney Tunes animator Ken Harris, with whom he reunited again on the animated main titles for Blake Edwards’s “The Return of the Pink Panther” (1975), a splashy ode to classic Hollywood.

However, Williams’s most famous film was yet to come: “Who Framed Roger Rabbit” (1988), which earned Williams a Special Achievement Award as well as an Oscar for Visual Effects alongside Ken Ralston, Edward Jones and George Gibbs. The opening sequence of the film was shown to illustrate the film’s remarkable segue from a hyperkinetic Roger Rabbit shot into the “real” world of Hollywood moviemaking, where toons coexist with human beings. The film proved to be a milestone, ushering in a bold new age of animation that continues to evolve today.

Williams also spent many years financing and working on a beloved project, “The Thief and the Cobbler,” which was never completed and released as originally envisioned. However, the audience was treated to his original promotional trailer, offering an awe-inspiring glimpse of an animated epic that has since become a holy grail for animation devotees.  Williams has also proven to be an inspiration to others since 1995 thanks to the “Richard Williams Animation Masterclass” in the craft as well as his book, The Animator’s Survival Kit.

Closing out the evening were two dazzling glimpses of Williams’s most recent work: “Circus Drawings,” a poetic animated film using his own drawings created 57 years ago (created with his wife, Imogen Sutton, who was also in the audience), and a breathtaking snippet of his work in progress, “Prologue,” which he also humorously called “Will I Live To Finish This?”  Afterwards the audience enjoyed time downstairs at the Academy’s exhibition currently open to the public, “Richard Williams: Master of Animation,” an exciting look at highlights from his career.  “There is no predicting the future of this amazing medium,” he concluded, with the current generations of animation lovers now carrying the torch that will keep burning brightly for many years to come. 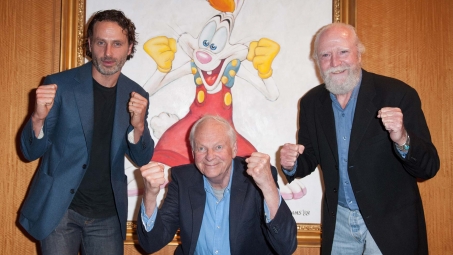 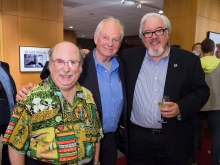 The Academy Presents "The Amazing Medium" 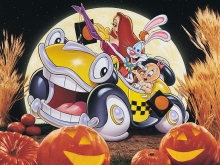 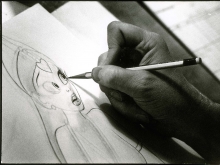 Drawing of the Princess from The Thief and The Cobbler 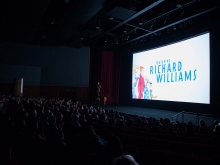 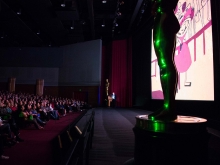 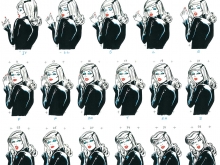 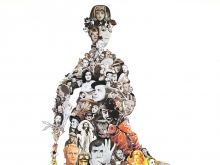 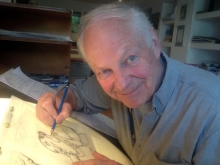 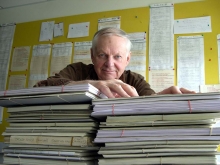 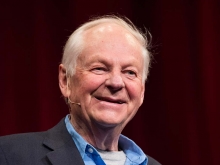 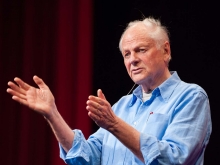 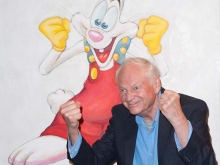 Richard Williams prior to event 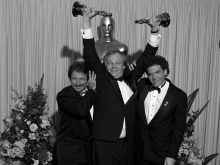 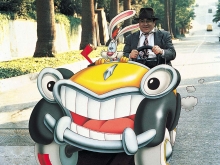 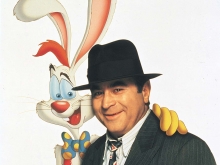 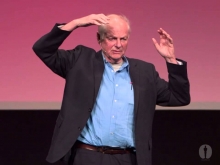 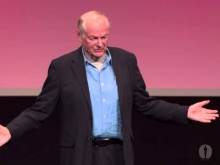 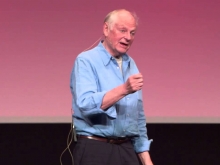 The Making of Richard Williams's "A Christmas Carol" 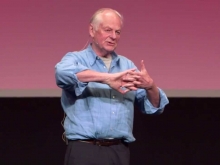 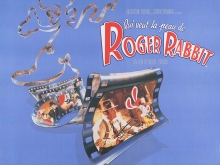 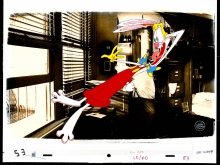 Scene from Who Framed Roger Rabbit