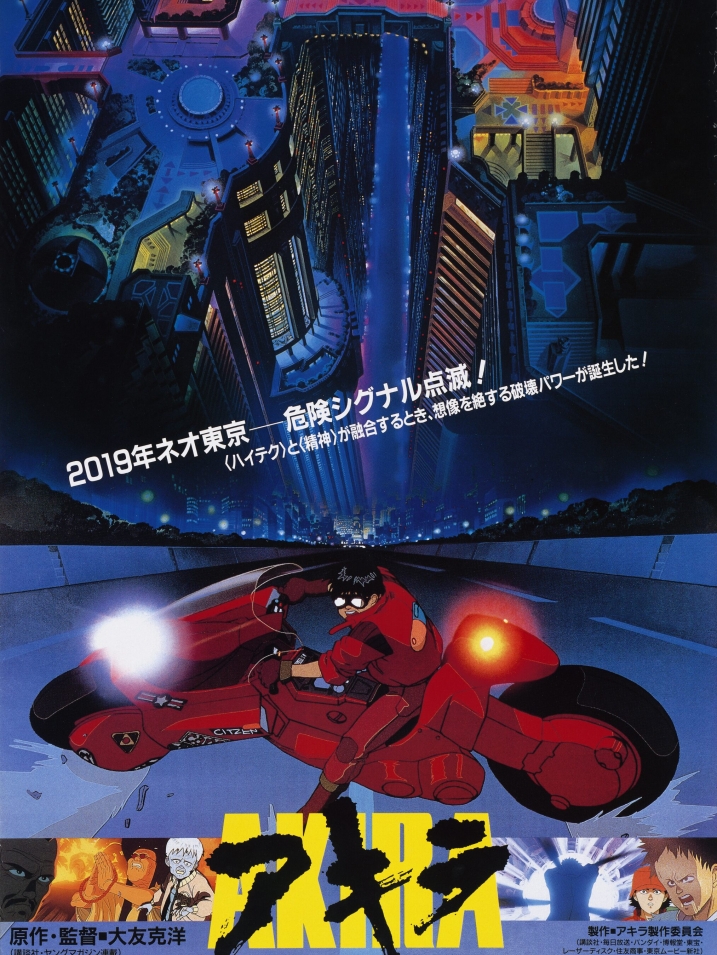 This event is SOLD OUT. There will be a STAND-BY LINE at the west doors  (closest to Almont Dr.) with  Stand-by numbers given out starting at approximately 5:30 pm. The number of Stand-by tickets available (if any) will be determined shortly before the start of the program.

In 2019, it has been 31 years since the Japanese government dropped an atomic bomb on the city of Tokyo, now known as Neo-Tokyo. Amid the corruption, protest and violence of the dystopian landscape, Kaneda (Mitsuo Iwata) and his anti-establishment biker gang zoom through the city. When a joyride gone wrong reveals that childhood friend Tetsuo (Nozomu Sasaki) might soon be the victim of the very same government project that long ago resulted in the bombing of the city, Kaneda and his gang take action to fight the politicians, scientists and military leaders at the head of this evil scheme.

Based on the manga by director Katsuhiro Otomo, Akira is regarded as one of the most remarkable achievements in anime filmmaking to date. Although it was unable to recoup its budget upon initial release in Japan, thanks to home video it quickly became a cult favorite in the United States, where its striking animation and gritty themes were hailed as revolutionary. Proving the potential of animation to tell adult stories, Akira represents a cultural and technological landmark that continues to inspire modern animators.

This screening celebrates a recent gift to the Academy’s Margaret Herrick Library.  The Akira collection compiled by Joe Peacock was generously gifted to us earlier this year and includes several thousand animation cels, drawings and other paper ephemera documenting this landmark production.

Directed by Katsuhiro Otomo. Produced by Ryohei Suzuki, Shunzo Kato. Screenplay by Otomo, Izo Hashimoto. Based on the manga by Otomo.