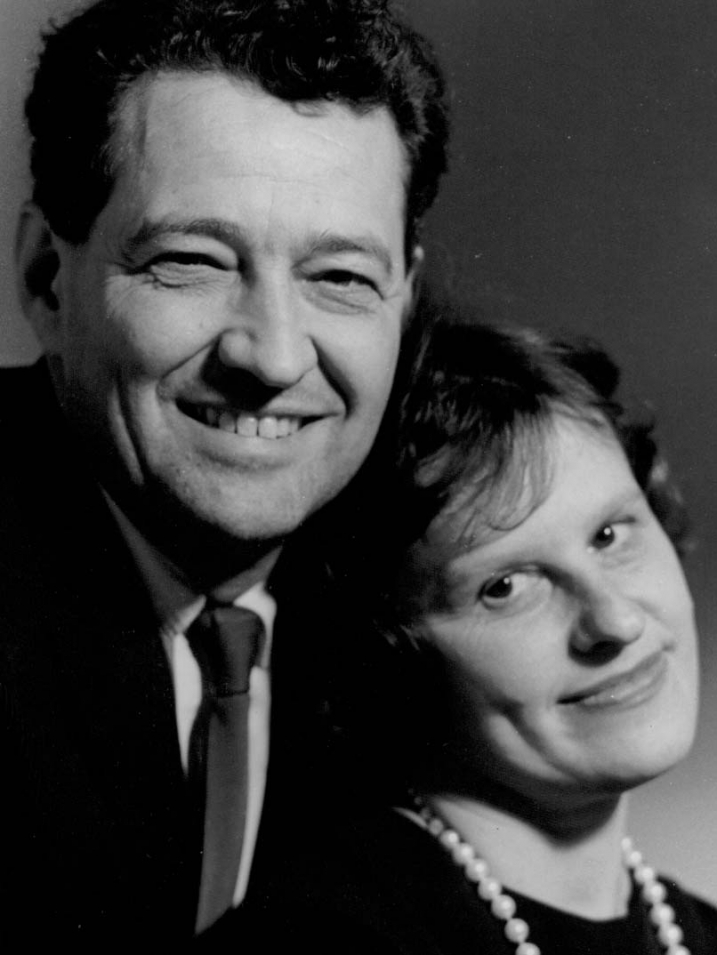 AN ACADEMY SALUTE TO JOHN AND FAITH HUBLEY

The husband-and-wife team of John and Faith Hubley brought a humanistic perspective and a distinctly modern style to postwar American animation. The films they made together, and independently, influenced a generation of animators worldwide and earned many honors, including three Academy Awards.

At the time of their marriage in 1955, John Hubley had been in the industry for 20 years, first at Disney, then Columbia/Screen Gems, and later as creative director and production chief at UPA. Faith Elliott had worked in Hollywood since the early 1940s as a music and film editor and script supervisor at Columbia and Republic Pictures. After their careers in Hollywood were derailed by the blacklist, they relocated to New York and embarked on a personal and professional partnership that revolutionized independent animation.

The Hubleys resolutely maintained their artistic freedom, taking on commercial projects in order to fund their personal films. They tackled controversial themes such as environmental pollution, race relations, war and overpopulation, as well as celebrating the joy of children at play and young people in love. Following John’s death in 1977, Faith continued making films until her death in 2001.

Academy Award-winning animator and renowned animation historian John Canemaker hosted an in-depth look at these two iconoclastic artists. The program showcased four of John Hubley's UPA shorts and a selection of TV commercials; Faith's favorite of her solo shorts; and six shorts produced by John and Faith Hubley together, including an exciting surprise: newly discovered footage of a never-completed animated version of Façade, by Edith Sitwell and William Walton.