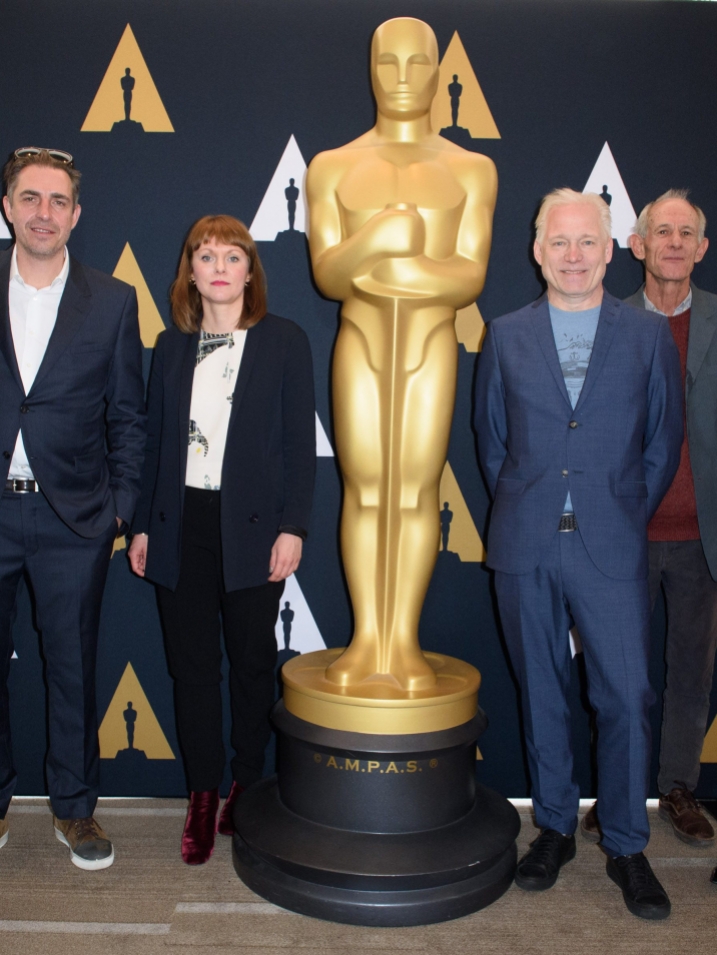 Eighty-five movies qualified for this year’s Oscar for Foreign Language Film—a leap from the eight contenders in 1956, the first year the award was presented.

Mark Johnson, Academy governor and head of the Foreign Language Film Award Committee, welcomed directors Bentley Dean and Martin Butler (“Tanna”), Martin Zandvliet (“Land of Mine”), Maren Ade (“Toni Erdmann”) and Hannes Holm (“A Man Called Ove”) to discuss their films: what inspired them, their casting process and how they came up with their respective opening shots.

Asghar Farhadi, director of “The Salesman,” who has chosen not to attend this year’s ceremony, was absent from the panel. “He wanted us to know that he very much wanted to be here and that his heart is with us,” Johnson shared. He’s “so humbled to have been nominated again.”

Each present filmmaker began by thanking their team members in the audience, from actors and producers to editors and cinematographers. For Dean, editor Tania Nehme was “practically a co-director” on “Tanna.” She selected the opening shot and “made me see things that I had shot that I couldn't see by the way that she put them together.”

“Tanna,” a love story that takes place on a 20-by-50-kilometer South Pacific island, began as a journalistic mission in 2003. After learning more about the land and its people, Dean said, “I was basically looking for an excuse to go back for about 10 years.” Although he and Butler had never made a feature film before, they had been accustomed to documentary filmmaking and how to make subjects as comfortable as possible in front of a camera.

“The world premiere was always going to be back in the village,” Dean added. After a Category 4 cyclone affected the island, natives insisted that the filmmakers keep their promise. They sewed together sheets, hung them on banyan trees and the villagers experienced cinema for the first time—watching their own story in their own language.

Zandvliet’s film began as a way to show a different side of Denmark. The nation “always seems to be the happy fairytale country where … only good stuff happens.” He wanted to show the hate and revenge that exists too; his film tackles the subject of German POWs forced to remove mines in Denmark after World War II. He focused on young prisoners, specifically, to drive home his point: “The only way people wake up is if you kick them in the face.”

He opened “Land of Mine” with a close-up of Danish sergeant Carl Leopold Rasmussen for the audience to better understand his dilemma. “We need to connect with the characters to believe in them.”

Ade, who chose to tackle a different genre with “Toni Erdmann,” drew inspiration for the comedy’s prankster dad from her own father. She saw the lengthy opening shot as her only joke in the film as a director—the rest come from the characters themselves.

And she stood by its length. “I tried to shorten it, but it killed the whole rhythm of the film,” she said. “You really needed that to tell the audience, ‘It’s going to be long and slow. Prepare.’” By the end of filming, Ade had over 100 hours of footage.

When Holm began writing the script for “Ove,” his first adaptation, he “felt like a thief.” But then he discovered his parents’ love story hidden in the book. Once he understood that he was creating his own version of the story, “it was very easy to write.”

When it came time to cast, Holm faced another dilemma that comes with adapting a best-selling novel. “Book readers are also casting directors,” he joked. While everyone speculated on who should play the title character, he decided, “Let’s invent Ove.” With actor Rolf Lassgård, he did.

Honoring the Foreign Language Film Award’s 60th anniversary, Johnson highlighted beloved films among not only past winners, but also past nominees: “For every ‘Lives of Others,’ there is a ‘Pan’s Labyrinth.’ For every ‘Crouching Tiger, Hidden Dragon,’ there is ‘Amores Perros.’”

“Now, more often than not, these filmmakers are staying home” and embracing their national storytelling traditions, he added.

At the February 25 panel, many of this year’s nominees—representing Australia, Denmark, Germany, Iran and Sweden—came to celebrate and share theirs.

In celebration of the 60th anniversary, the Academy has created a complete playlist of acceptance speeches and a poster gallery of all the Foreign Language Film Award winners. 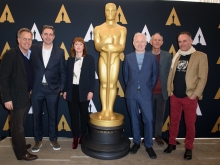 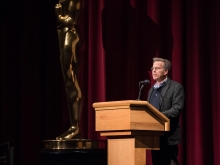 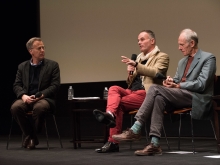 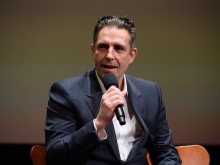 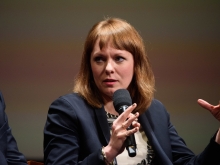 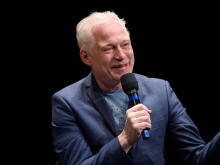 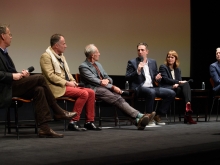