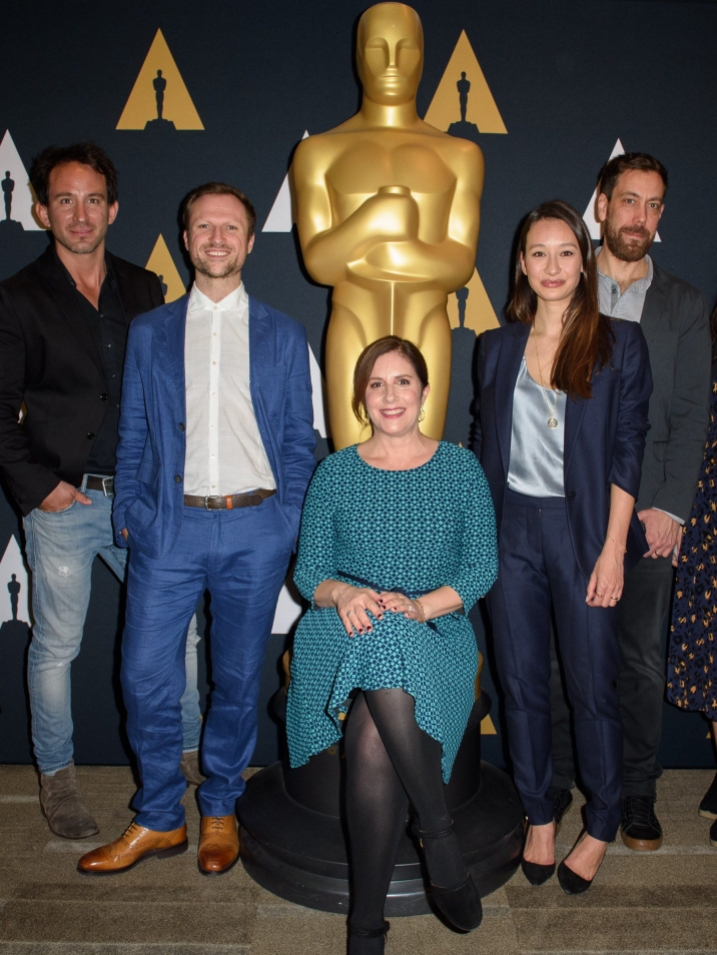 “I’ve always been a very strong believer that everyone has a story, if you just look below the surface,” said Kahane Cooperman, director of “Joe’s Violin.”

Her film, one of this year’s Oscar-nominated documentary shorts, tells the story of a Holocaust survivor who donated his violin to a New York City student. Cooperman discovered a unique bond between her subjects, Joe and Brianna, who, “born 80 years apart, with completely different cultural backgrounds, both used music to get through hardships.”

On February 22, the Samuel Goldwyn Theater hosted a celebration for this and nine other powerful stories. Introducing the five Documentary Short Subject contenders, Academy Documentary Branch Governor Kate Amend pointed to the heroism that united their subjects: people who saved drowning refugees or victims of airstrikes, faced end-of-life decisions and created new lives in a foreign country.

The filmmakers discussed how they gained their subjects’ trust. To Krauss, the ICU patients who agreed to let him record such personal moments “saw the camera not as this intrusive presence, but rather as a conduit to not feel alone.”

He admitted the difficulty of tackling end-of-life care: “It’s a subject that scares me, it scares a lot of us.”

Matziaraki, meanwhile, was drawn to the refugee crisis because of how close it hit to home. Originally from Greece and living in the U.S., she “felt very removed and detached from it all.”

She decided to follow a Greek town’s coast guard, a team of ordinary people, during rescue missions at sea. Initially set on maintaining an objective eye, Matziaraki faced a moral dilemma once on the boat: “When [the captain] told me, ‘Put the camera down and hold this baby,’ I honestly couldn't care less about making a film.”

Marcel Mettelsiefen first approached the Syrian uprising as a still photographer in 2011. In 2013, with “Watani,” he decided to tell the story through the eyes of children. He and Ellis documented a family that seemed to embody the crisis, focusing on “four little kids who could speak poetically about their pain,” Ellis said.

Telling this story “was beyond compulsion, it was a necessity,” he added.

Von Einsiedel and Natasegara felt a similar urgency with “The White Helmets,” the story of 3,000 Syrian civilians—bakers, tailors, builders—who chose not to fight or flee, but to stay and save fellow citizens.

In the second half of the evening, Documentary Branch Governor Rory Kennedy screened clips of the Documentary Feature nominees, and invited the filmmakers to the stage. “Fire at Sea” director Gianfranco Rosi and producer Donatello Palermo, “I Am Not Your Negro” director Raoul Peck and producers Rémi Grellety and Hébert Peck, “Life, Animated” director Roger Ross Williams and producer Julie Goldman, “O.J.: Made in America” director Ezra Edelman and producer Caroline Waterlow and “13th” editor Spencer Averick and producer Howard Barish spoke about their journeys and inspiration.

Some also thanked their subjects sitting in the audience, including Cornelia, the mother of “Life, Animated” protagonist Owen Suskind, and “Fire at Sea”’s Dr. Pietro Bartolo, who had flown in from Lampedusa that day.

Rosi first visited the Sicilian island for three months without a camera, in order to understand the story he would tell, both about the people of the island and those arriving in search of freedom.

The seed for Raoul Peck’s “I Am Not Your Negro” was planted decades ago, when Raoul received his first copy of James Baldwin’s “The Fire Next Time.” As an 18 year old, “it changed my life and my way of seeing these problems,” he said.

According to Hébert, the source material’s timeliness is telling. “We feel that Baldwin has written these words this morning. That must mean two things: that he’s an incredible writer and that if those words, that have been written 40, 50 years ago, still have such meaning, then we still have a long way to go.”

According to Barish, who hopes “13th” becomes mandatory viewing, his team began with a macro look at the American prison system. This led to an investigation of its history and racial disparities. Spencer and director Ava DuVernay “found a way to connect the dots.”

Instead, he used O.J. “as a lens through which to talk about our culture”: ambition, identity, masculinity and the quest to fulfill the American Dream.

“I came very quickly to realize this was the defining cultural story of our time,” Edelman added.

Roger Ross Williams, also a Documentary Branch governor, took a unique approach to the intimate story of “Life, Animated.” When interacting with Owen—an autistic young man who learned to communicate using Disney films—he used an Interrotron camera, a system invented by Errol Morris whereby the interviewer interacts with the subject from another room through a screen.

“When we came up with that idea, it was like a eureka moment,” Williams said. Owen would be able to tell his own story, and the audience could “get inside his head… and see the world through his eyes.”

Throughout the night, the filmmakers revealed the passion and persistence that allowed them to shed light on important issues.

As Kennedy put it, “When we watch these films, we feel. And we feel not because we’re told to feel, but simply because we can’t help ourselves.” 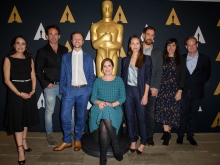 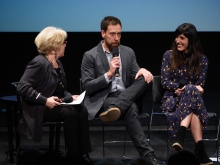 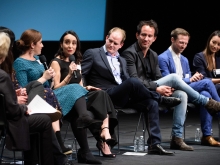 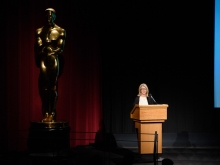 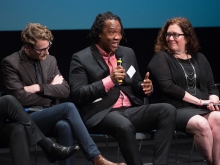 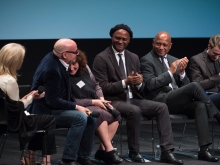 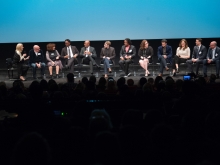