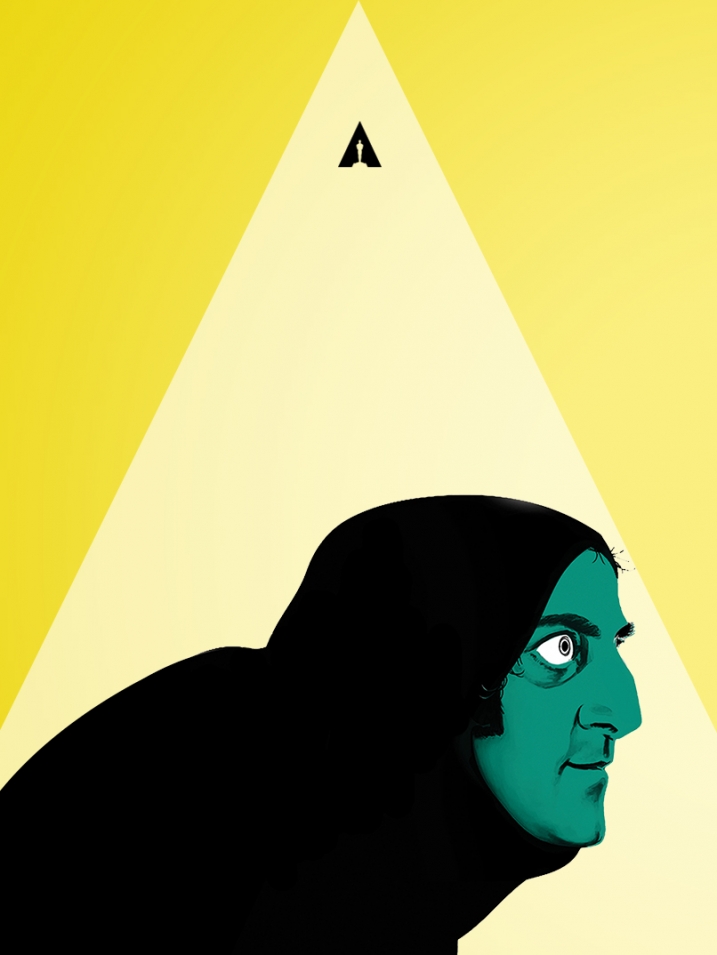 The movie parody has been a staple of Hollywood comedies in the last few decades, but few have combined razor-sharp wit with genuine affection as effectively as Mel Brooks’s 1974 homage to the Golden Age of monster movies. 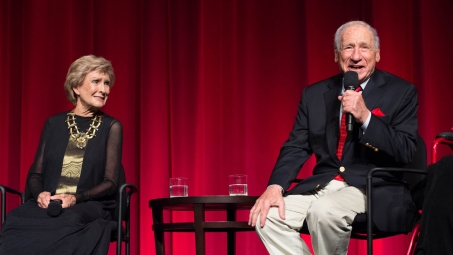 In the span of less than a year, writer-director Mel Brooks managed to deliver two all-time classic comedies in movie theaters. He established his ability to spoof a beloved genre by sending up the Western with Blazing Saddles in February of 1974, and in December he had audiences rolling in the aisles with Young Frankenstein.

An affectionate tribute to the classic Universal monster movies of the 1930s and ’40s, Young Frankenstein managed to duplicate the look and feel of those classics while delivering a nonstop stream of jokes that audiences still quote today. On September 9, 2014, the film was celebrated at the Academy’s Samuel Goldwyn Theater with a sold-out 40th anniversary screening event hosted by Leonard Maltin.

Following welcoming remarks from Academy President Cheryl Boone Isaacs, Maltin introduced the guests for the evening and then summed up the enduring charm of this film: it doesn’t show its age “one iota,” and it still plays to any audience regardless of age. He also read two brief remembrances from Gene Wilder and Gene Hackman, both of whom couldn’t be in attendance but have very fond memories of working on what has become a comedy classic.

Appearing onstage before the screening to share their stories were Brooks (who earned an Oscar nomination with Wilder for co-writing the film and had previously won an Original Screenplay Oscar for The Producers), Cloris Leachman (who plays the stern and secretive Frau Blücher), Teri Garr (who plays the vivacious lab assistant Inga) and producer Michael Gruskoff. Leachman was already an established actress when she signed on to the project, with an Oscar for Supporting Actress for The Last Picture Show (1971), while Garr had primarily been seen as a dancer and bit player in a variety of films. Garr’s mother was already a member of the film’s crew, but the connection wasn’t revealed until after the actress had been cast at the urging of Gene Wilder. Furthermore, Garr revealed that she borrowed her hilarious accent from someone she had observed during a stint on The Sonny & Cher Show: Cher’s German hairdresser.

Not surprisingly, the shoot was filled with laughs; in fact, Brooks had to resort to spending a thousand dollars to buy a stash of handkerchiefs to stifle the crew’s laughter during takes. (Leachman’s line “Stay close to the candles; the staircase…can be treacherous” was a particular culprit.) Brooks and Leachman also recalled how actor Peter Boyle (who plays Frankenstein’s monster) managed to convey menace before he ever spoke a word…by simply rolling his closed eyes back and forth.

The creative team also looked back at the film’s striking poster art (one of the first to emblazon the side of a building in Los Angeles), actor Kenneth Mars’s impenetrable German accent, and the secret to collaborating with Gene Wilder on a screenplay: bring plenty of Earl Grey tea and digestive cookies. They also expressed amusement at how some jokes fly over younger viewers’ heads, with Leachman calling out to her granddaughter in the audiences to explain what “knockers” are (in both senses of the word). Leachman also revealed her own favorite scenes from the film (“…Ovaltine…?”), while Brooks cited Marty Feldman’s unexpected interjection after Wilder “touches his food” at the breakfast table. By the time they were finished, the audience was primed for a pristine screening of the film itself - which still remains more fun than a “roll, roll, roll in ze hay.” 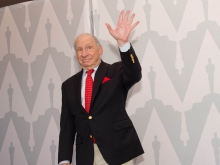 Mel Brooks prior to the 40th anniversary screening of "Young Frankenstein" 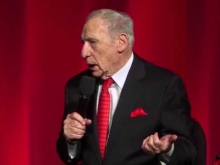 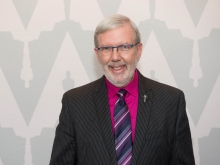 Leonard Maltin prior to the 40th anniversary screening of "Young Frankenstein" 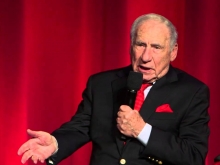 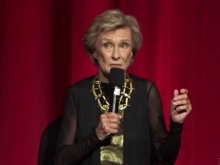 Young Frankenstein: Memories from the Set 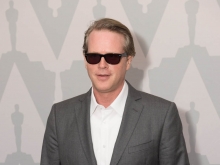 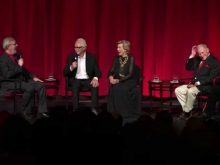 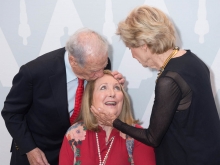 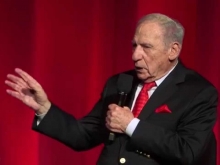 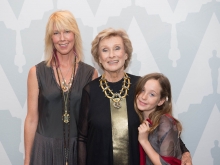 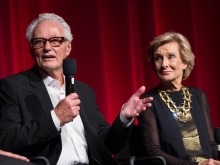 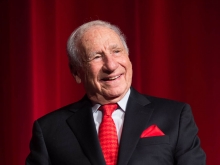