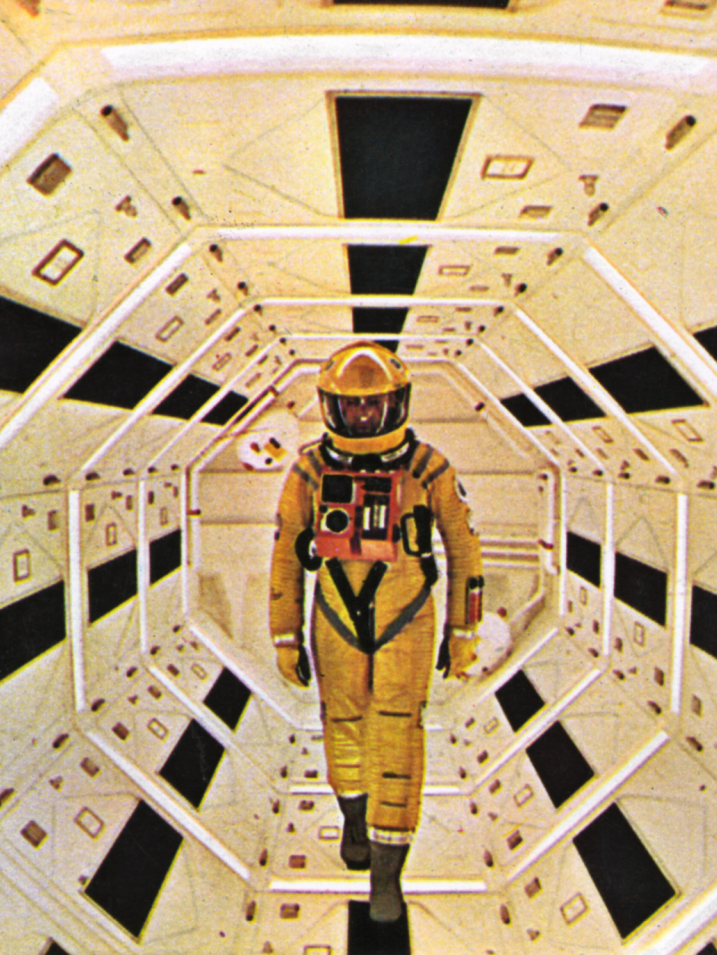 This event is SOLD OUT. There will be a STAND-BY LINE at the west doors  (closest to Almont Dr.) with  Stand-by numbers given out starting at approximately 5:30 pm. The number of Stand-by tickets available (if any) will be determined shortly before the start of the program.

2001: A Space Odyssey (1968)
Featuring a new “unrestored” 70mm print as seen at the Cannes Film Festival.
With an introduction by Christopher Nolan.

In May 1964 director Stanley Kubrick and science fiction author Arthur C. Clarke embarked on a creative collaboration: a novel and a screenplay inspired by Clarke’s 1950 short story “The Sentinel.” In December 1965, many ideas, drafts, and titles later, filming commenced on “2001: A Space Odyssey.” The futuristic epic, which premiered in April 1968, would prove to be one of the groundbreaking films of the decade.

With its epoch-spanning storyline and its nearly dialogue-free script, “2001: A Space Odyssey” combined the production value of Hollywood filmmaking with the artistic sensibility of European cinema. Its cerebral approach to the genre helped usher in a new, more literate age of science fiction cinema, and its extraordinary imagery – the widescreen 70mm cinematography of Geoffrey Unsworth, the visually dazzling and scrupulously researched production design, and especially the Oscar®-winning special effects – instantly became the benchmark by which all space films would be judged.

Celebrating the 50th anniversary, Warner Bros. Pictures struck a new 70mm print from new elements made from the original camera negative.  This is a true photochemical film recreation.  There are no digital tricks, remastered effects, or revisionist edits. This is the unrestored film that recreates the cinematic event audiences experienced 50 years ago.

A longtime admirer of the late American auteur, Nolan worked closely with the team at Warner Bros. Pictures throughout the mastering process.

An award-winning director, writer and producer, Christopher Nolan most recently earned dual Academy Award nominations, for Best Director and Best Picture, for his experiential tour-de-force “Dunkirk,” which in July of 2017 received the largest 70mm release in the last quarter century.