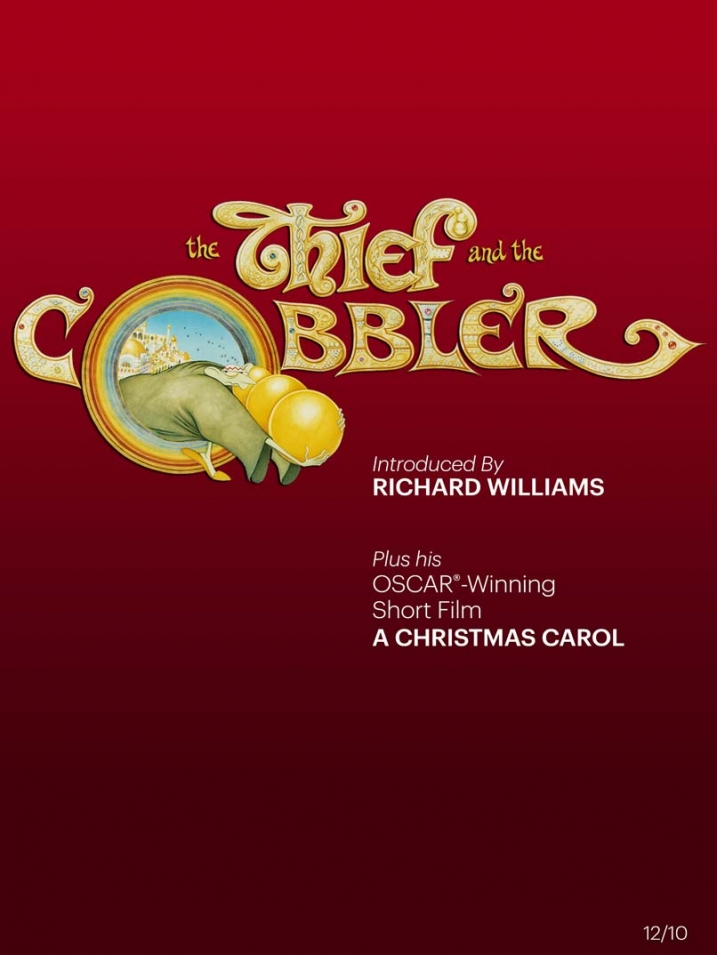 Richard Williams will be returning to Los Angeles from the U.K. to present "The Thief and the Cobbler," which has been newly reconstructed from his original workprint from May 13, 1992. This lavish and exquisite film, which follows a young cobbler on a daring adventure in ancient Persia, is a rare delight for animation novices and aficionados alike.

Loosely influenced by Persian miniatures, the film has become a legend in the animation industry. Williams began this ambitious film in 1968, and over the next 25 years, collaborated on it with such animators as Ken Harris and Emery Hawkins from Warner Bros., as well as Art Babbitt from Disney and Grim Natwick, the creator of Betty Boop.

The film was originally self-financed by Williams, but after he received two Academy Awards® in 1988 for “Who Framed Roger Rabbit,” Williams was able to secure additional external finances so that the film could be completed. The investors ultimately pulled the project from him and it was completed by other animators. The resulting film was released in different versions under the titles “The Princess and the Cobbler” and “Arabian Knight.”

The Academy is pleased to present the first public screening of Williams’s original version of “The Thief and the Cobbler” on this historic occasion.

Richard Williams won an Oscar in 1972 for his short film "A Christmas Carol," an animated adaptation of Charles Dickens's 1843 novella. The film was first broadcast on television in December 1971, but was so well received that it had a theatrical release as well in 1972. This adaptation was directed by Williams and featured animation by Ken Harris, Abe Levitow and others. The film has a distinctive and dark tone, which was inspired by John Leech's engraved illustrations of the original story. 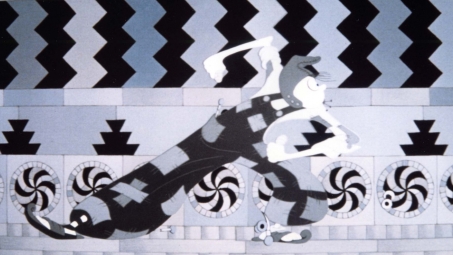 The Thief and the Cobbler

The Thief and the Cobbler Logo 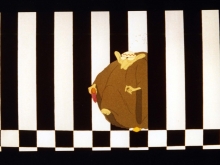 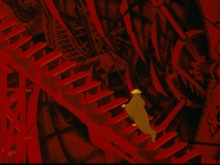 The Thief and the Cobbler War Machine