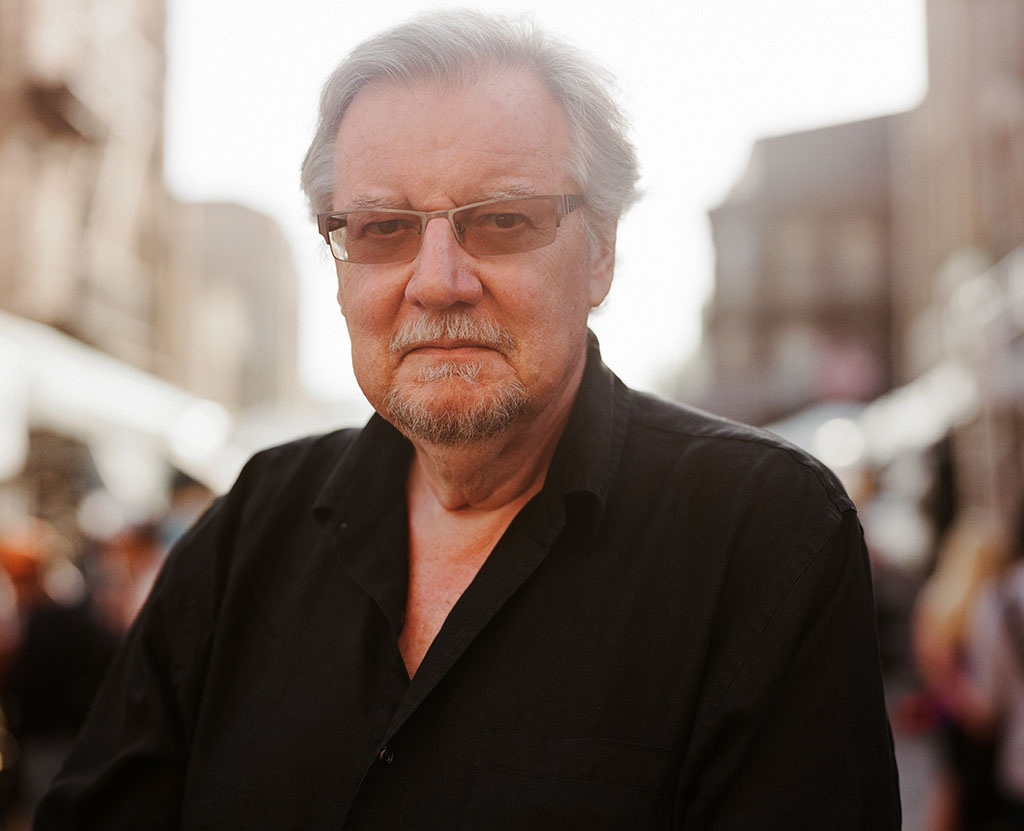 At the 2016 HPA Technology Retreat’s Innovation Zone, Cinematographer Geoff Boyle demonstrated how he uses ACES in production and on his camera and lens tests.  Geoff shares his thoughts here for the community at large.

Production and post has changed from a system where we had standardization, we had references to film and scanned negative, to a period over the past 15 years that I can only describe as the wild west, with no sheriff in town.  Everyone has a different solution; everyone is doing “it” differently.  Many times you don’t know where you are in terms of color, density and maintaining consistency.

On a recent film I did, we had a lot of communication problems. One VFX house wanted 10-bit DPX, but was it full range or legal? The other wanted TIFF. It was a nightmare of mis-matched gamma and levels. This of course was not as bad as a previous film where we had all kinds of problems when one VFX house did 5 reels and used the LUTs that I had provided (they were the LUTs that were created with the director over a period of several weeks before we started shooting) and the VFX house that did the last reel and insisted on using the “correct” LUTs. 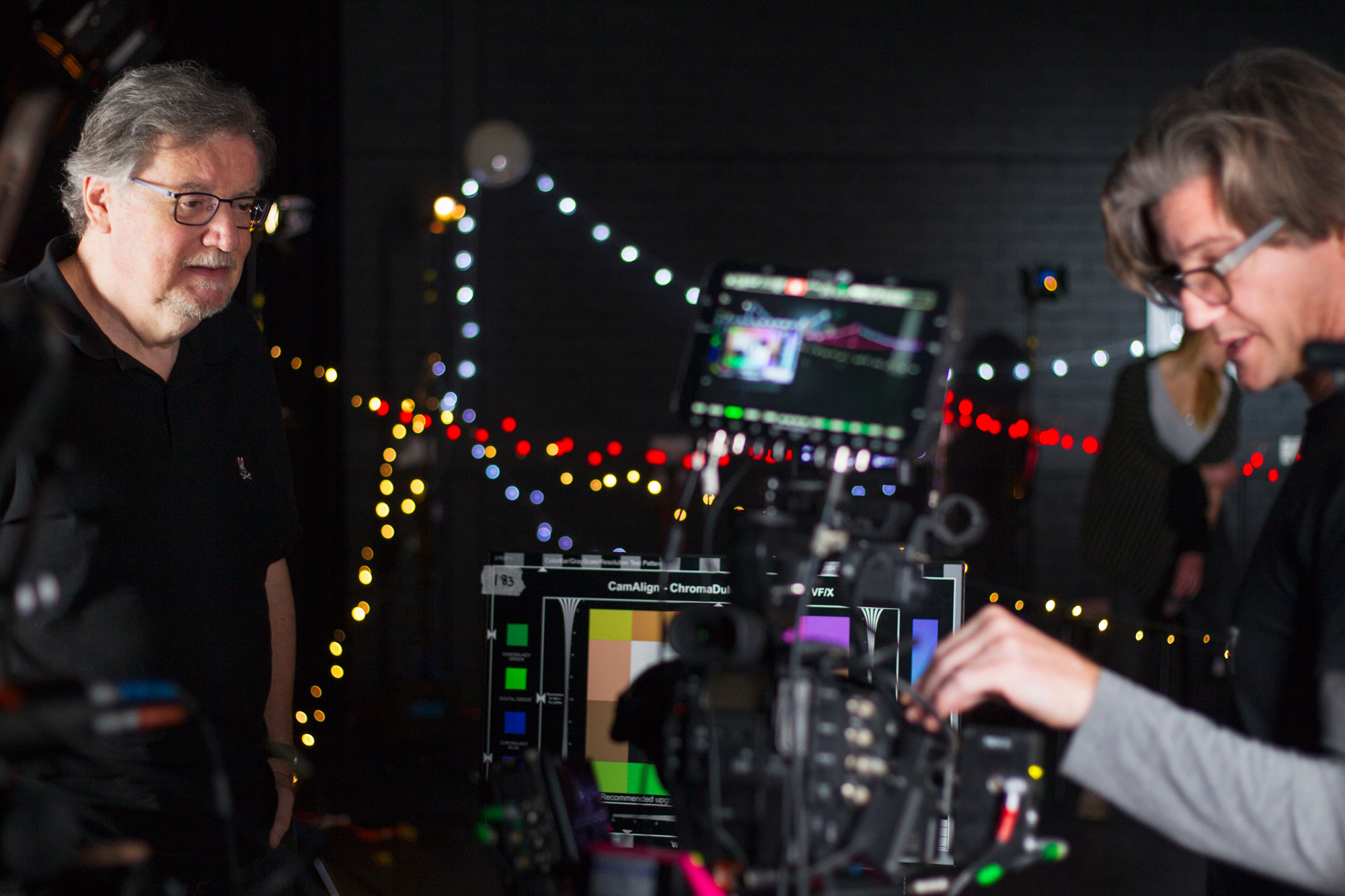 When I do camera and lens tests, I want to remove or minimize all of the variables to be able to see the inherent qualities of the equipment that I’m testing.  ACES does a great job on this, by moving the images into a huge and common colorspace and maintaining the full fidelity and range of the images in the process.  It doesn’t change the look of the cameras - it won’t make an iPhone look like an Alexa (or vice versa) and similarly it won’t change the Alexa to look like the Canon C500, Varicam, RED or F65 either.  It just allows you to start off on a better footing when you’re mixing these inputs.

What I did on my most recent tests

All cameras were set up according to the manufacturers’ instructions, an exposure meter was used to set exposure and a single lens was used, moving it from camera to camera. The whole approach was to reduce the number of variable as much as possible. Cameras were used to shoot a scene with exposure varying from +4 to -4 stops at half-stop intervals.

I then used Resolve in ACEScc space to assemble the tests into a single file per camera with two versions: one where I did nothing and let the images go where the exposure took them and one to correct the series of exposures to a “correct level” using only the Offset control. I also used Daylight for these tests, in which case the adjustment used was Exposure - same thing, different label. No color correction was done.

Working this way meant that the variables were limited to variations between cameras. 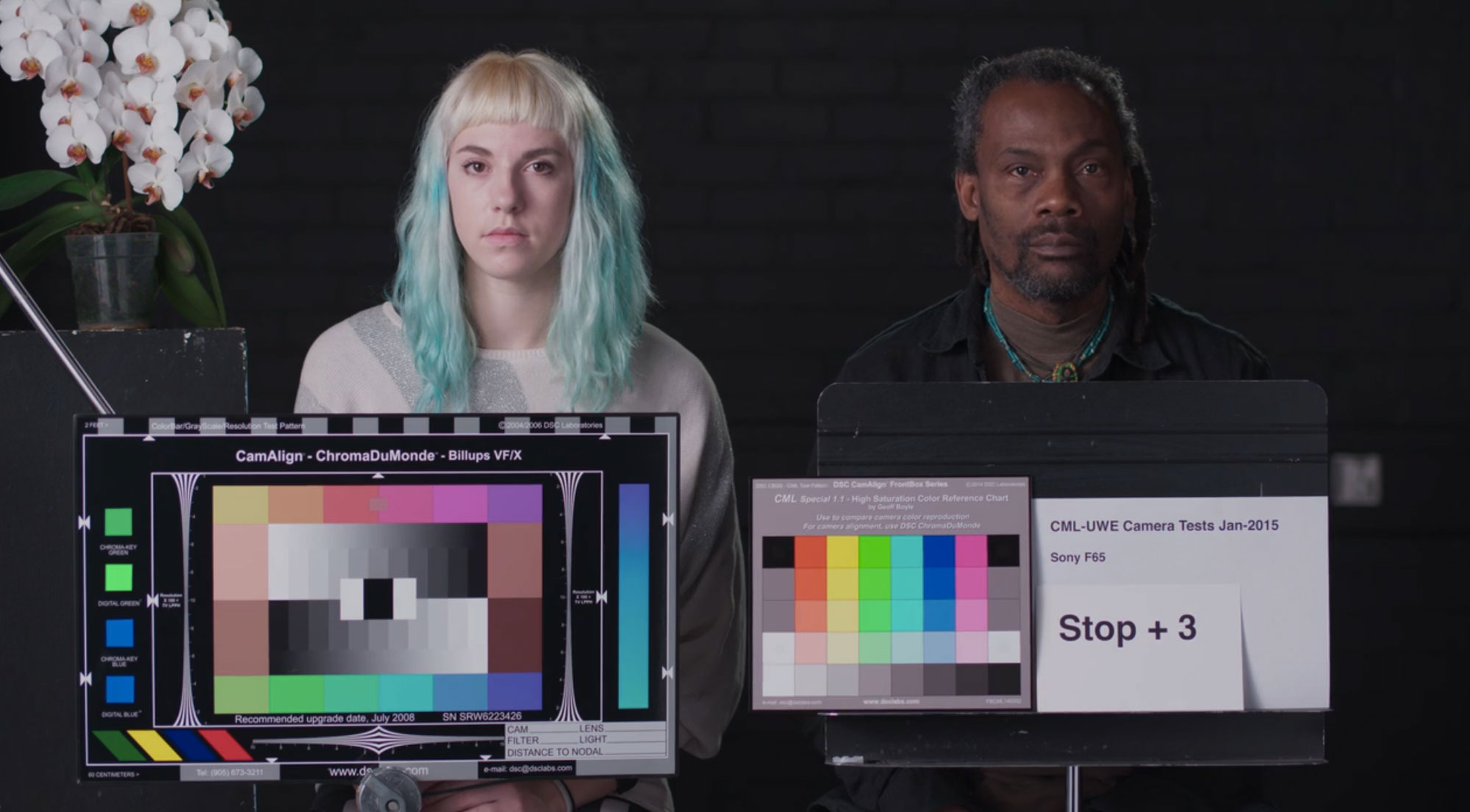 Geoff Boyle
Geoff’s over and under camera test

I think there’s a lot of confusion about ACES.  You don’t need to know about color science to use ACES.  It’s like a car: if you’re the driver, you need to know how to drive it, but you don’t need to know the science of how or why it works. If you’re a passenger, you just need to ‘buckle up’!  So here are some thoughts for specific people in the chain:

Director – needs to know nothing.  It’s a technical process that the majority of directors doesn’t want or need to know about.  If you work with a competent crew they should be able to handle this for you so you can concentrate on story, talent and all the other things that make a great show.

Cinematographer – Needs to know very clearly the basics of the process.  Not color science…just needs to know that what you shoot will get transferred (by your crew, using an Input Transform) into a very large and common colorspace that, unless you’re an alien, is more than your eye can see.  Then in order to view it on-set or in post, your crew will choose an appropriate Output Transform that matches the colorspace and characteristics of the display you’re using at any given time.    I would say that most DPs in the old days didn’t know much about what happens in the labs. They trusted the labs and the same can be true here…your post house is your digital lab

DIT (or post encoder) - needs to know more about the technical details and choose software and hardware configurations that follow the ACES guidelines and best practices.  They’ll need to be aware of the implications of the ACES colorspace that is used for color correction (ACEScc) and how to exchange the files into and out of this colorspace.  Fortunately many of the color correctors and on-set tools can recognize and apply the appropriate Input Transform.  In my experience, ACES doesn’t drastically alter the way that a DIT works.

Offline editor – needs to know nothing.

Colorist – colorists with a film background will be comfortable because they’re used to working in a “log” environment and are used to dealing with LUT’s.  Television-oriented colorists may need to adjust a bit more, but it’s important to say that ACES is not taking control away, it’s taking drudgery away and giving you more time for grading, because all of the images are coming into a common place.   Before ACES I spent a lot of time trying to get the most out of a camera LUT, trying different LUT’s…with ACES it’s just so much simpler.

Producer  - needs to know that it’s likely going to be cheaper because it’s faster.  Also they’ll have less finger-pointing about workflow issues and post confusion.  The issues of “we didn’t cause that, they caused that” can be easily tracked because with ACES you have a standard you can refer back to and it brings some clarity back to the process.

Lower Budget Productions have a lot to gain from using ACES

On a low budget or ‘no budget’ production you may not color correct on set, but you still get benefits from ACES: 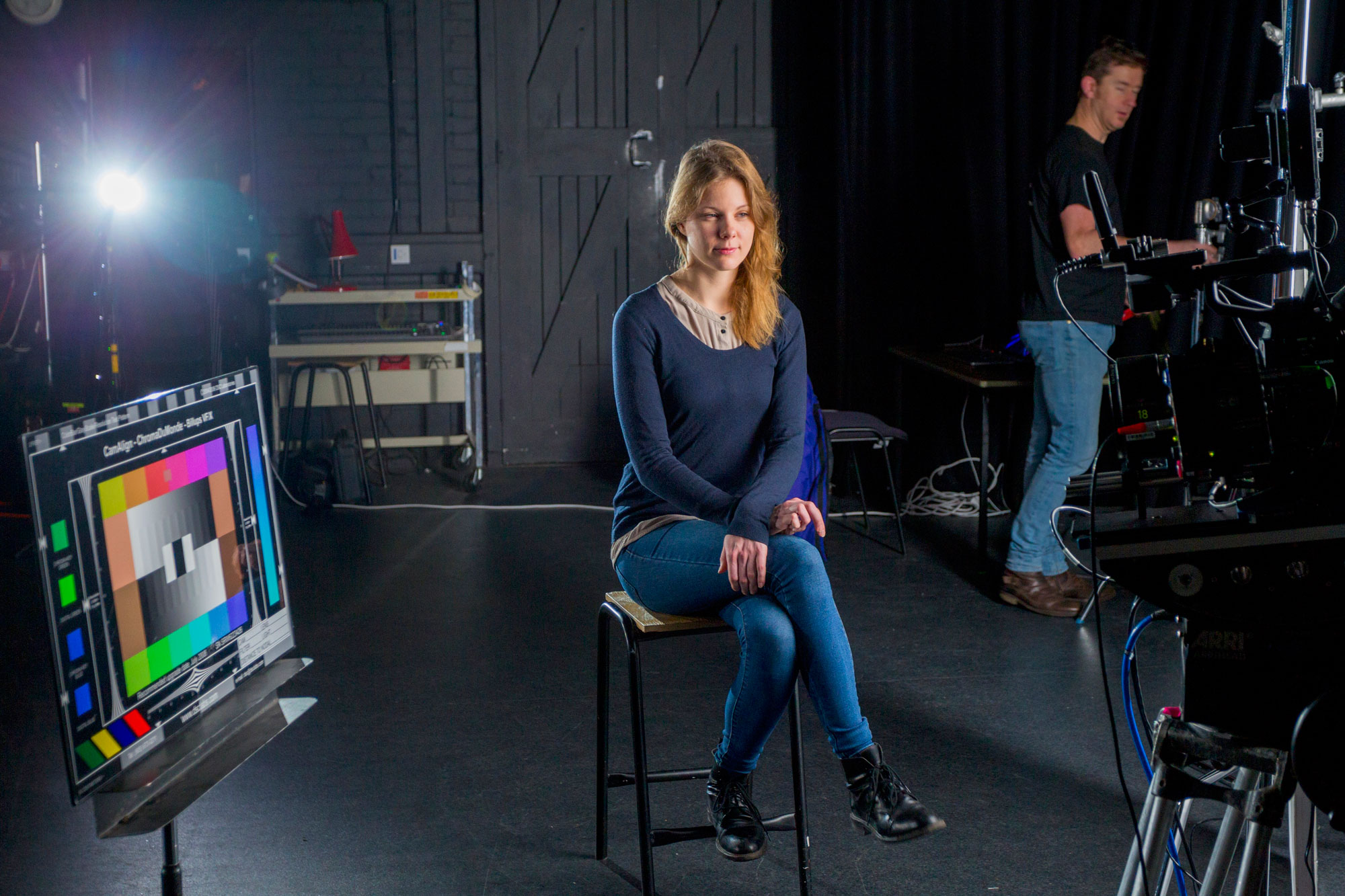 Here are the top 5 things I think people need to know about ACES:

For products that are integrating ACES, its simple! The software will probably identify the Input Transform needed, but if it doesn’t, it’s as simple as picking your camera from a drop down list. You then need to make sure that your software’s working space is set to ACEScc. Output is another selection from a drop down list, just select the format you’re going to.

Now how hard is that?

Geoff got his first camera, a Brownie 127, when he was 8. From then on his career was clear.  After art school in the late sixties he worked as a stills assistant, where he worked mainly in fashion and advertising and then as a stills photographer specializing in music.

In 1985 he was shooting a documentary about the making of the Pirelli calendar. It was being photographed by Terence Donovan who liked the way he lit and asked if he shot commercials.  This lead to a 20 year career shooting commercials for everything from political commercials for Margaret Thatcher to music videos for Robert Palmer, Rod Stewart, The Pet Shop Boys, Liza Minelli and of course commercials for BMW, BA, Pepsi, Coke, L'Oreal, and just about every major brand you can name!

He’s also shot dramatic shows and his first major motion picture was Mutant Chronicles which he spent from May to October 2006 working on, shooting main unit and then model and second unit. Dark Country in 3D with Thomas Jane both directing and starring followed in late 2007, then Streetfighter: The Legend of Chun-Li in Thailand a more conventional action film and finally Wallender, which was shot in Sweden.

Geoff also believes strongly in sharing knowledge and training and this is reflected in the Cinematography Mailing List, which he established in 1996, and the amount of workshops that he teaches.  He has taught workshops in New York, London, Bucharest, Los Angeles, Atlanta, Amsterdam, Brussels, Sydney, Canberra, Brisbane, Melbourne, Adelaide, Sydney, Perth, Singapore, Auckland, Colombo, Hannover and Mumbai.