“This is another good example of how ACES is gaining mainstream adoption within the motion picture industry, particularly in the visual effects and animation communities” says Andy Maltz, Managing Director of the Academy of Motion Picture Arts and Sciences’ Science and Technology Council and ACES Project Director.  “It’s especially gratifying as OCIS, like ACES, is a free and open system and the entire industry benefits from their collaborative development and adoption.”

The OCIO config has already been used in real world applications. Haarm-Pieter Duiker of Duiker Research and a consultant to Epic Games, explains “The ACES OpenColorIO configuration gave us a huge head start in grading three high dynamic range (HDR) pieces for this year’s Game Developers Conference (GDC). Once we had ACES files exported from Epic’s Unreal engine, we could immediately focus on the creative fine-tuning in Nuke to finish the Paragon Announce Trailer, Hellblade Senua's Sacrifice and the McLaren Configurator Demo for HDR displays.”

The OCIO config is available at https://github.com/hpd/OpenColorIO-Configs/tree/master/aces_1.0.2, and it comes bundled with a number of vfx software products. 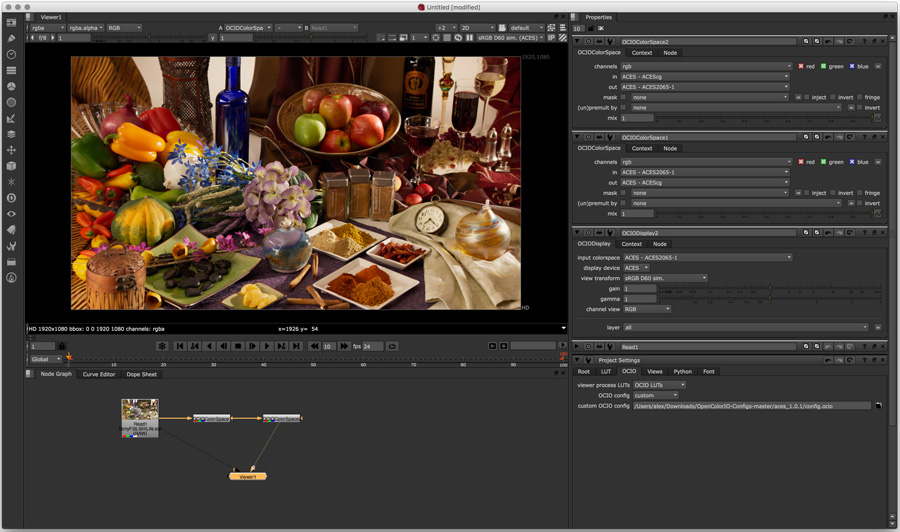