The art and craft of screenwriting took center stage at the Academy Nicholl Fellowships in Screenwriting Awards Presentation & Live Read held on November 13, 2014, at the Samuel Goldwyn Theater, which brought to life selected scenes from the winning screenplays. Chosen from a record-breaking 7,511 entries, the scripts were the creations of three individual writers and one writing team.

The ceremony marked the 29th presentation of the Academy Nicholl Fellowships in Screenwriting, first awarded in 1986 to identify and encourage talented new screenwriters. Its longstanding importance to the Academy was reinforced with introductions by Academy President Cheryl Boone Isaacs and Oscar-nominated screenwriter Robin Swicord, chair of the Academy Nicholl Committee and a governor representing the Academy’s Writers Branch. Swicord loved having the opportunity “to extend a hand to the next generation of screenwriters.” She also gave a shout out to veteran screenwriter Jean-Claude Carrière, the recipient of an Academy Honorary Award at last Saturday’s Governors Awards and became an inspiration to all writers, both known and unknown to the moviegoing public. 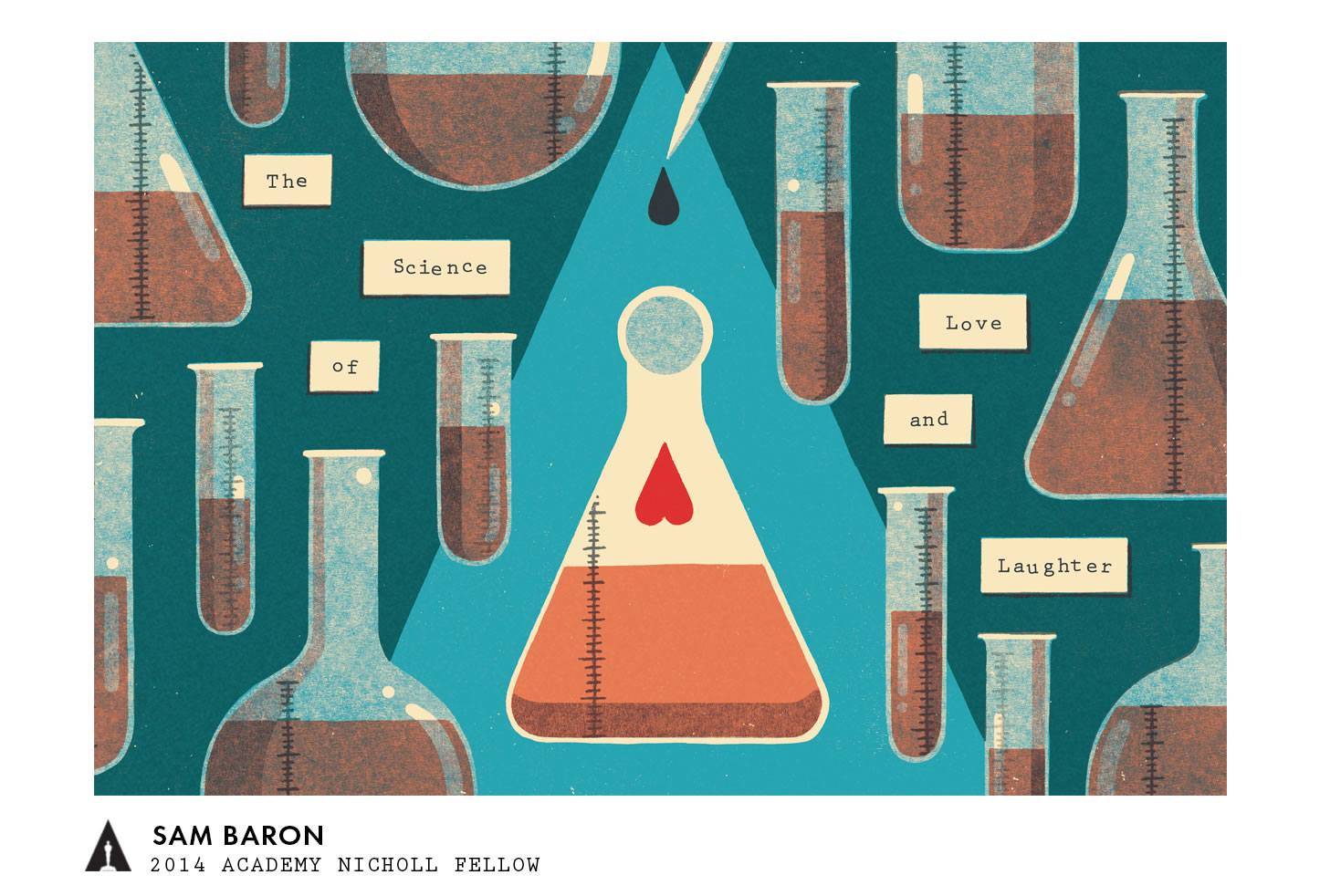 The first award of the evening went to The Science of Love and Laughter, written by Sam Baron from Cambridge in the United Kingdom. It was presented by filmmaker Ava DuVernay, the director of Selma, who recalled her own experience advancing to the Nicholl semifinals nine years ago. In an emotional speech, Baron called it “the weirdest and best moment of my life” and thanked two of his biggest inspirations, both cancer patients: his late grandmother and his mother, who has now reached five years of cancer remission. The reading of one of his scenes, in which a couple struggling in their marriage comes to combative and confrontational terms with a fateful medical diagnosis, made his words especially poignant. 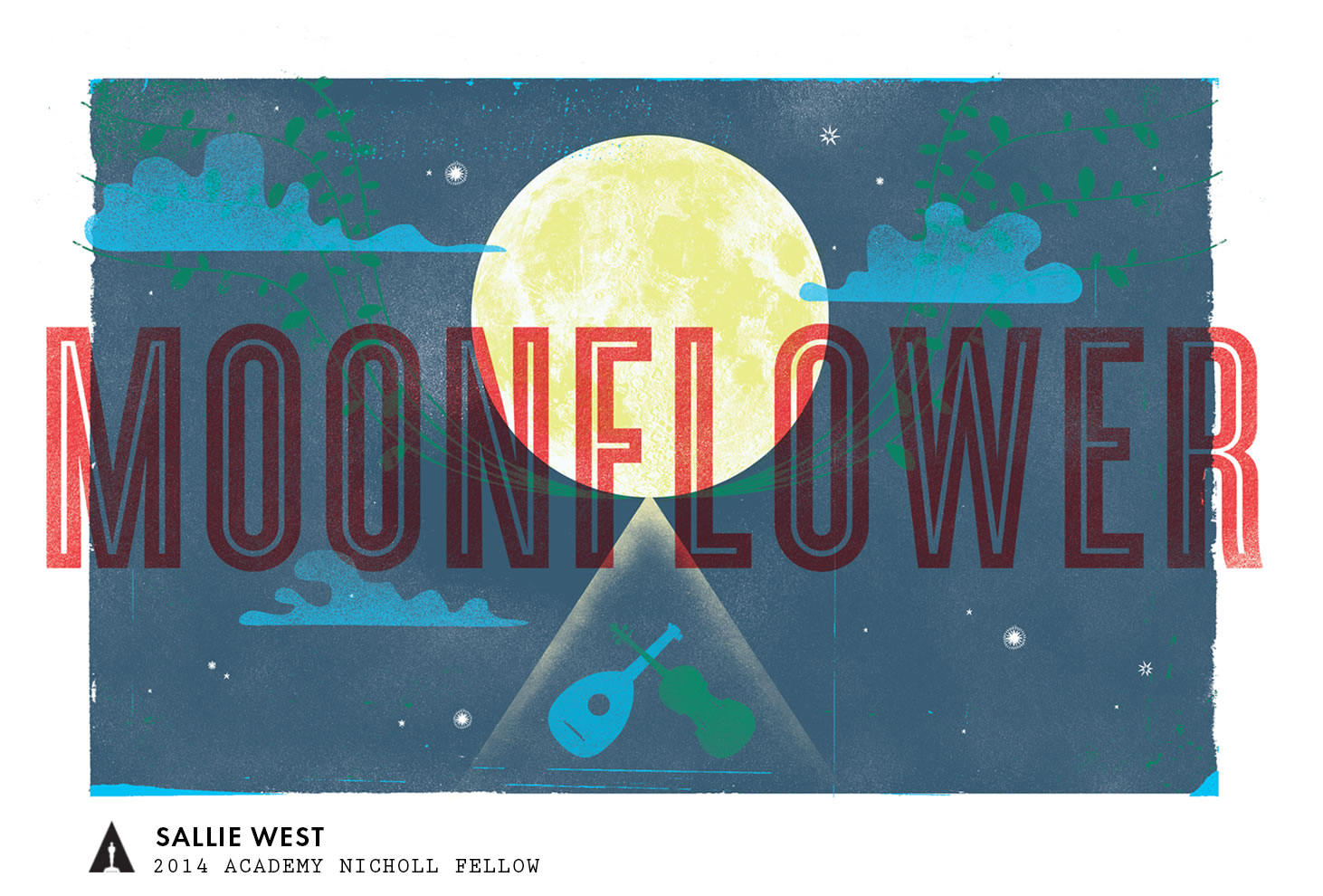 The second winning screenplay was Moonflower, which charts the life-changing, romantic fates of two people on opposite sides of the ocean, Gabriel and Muriel, after the bestowing of a handmade cello. Nicholl Fellowships Committee member Eva Marie Saint, a Best Actress Oscar winner for On the Waterfront, recalled her own violin playing as a child and revealed the surprising background of the script’s author. Sallie West.  West, from Charleston, South Carolina, embarked on Moonflower, her first script and fictional work, after being laid off from her job as a scientific and technical writer. “This whole week has been nothing less than a fairy tale come true,” she said before bringing down the house by observing that one year ago she had been writing security clearance documentation for Air Force One. “Harrison Ford got it wrong,” she noted, then dished out a hilarious rejoinder to her previous employer. 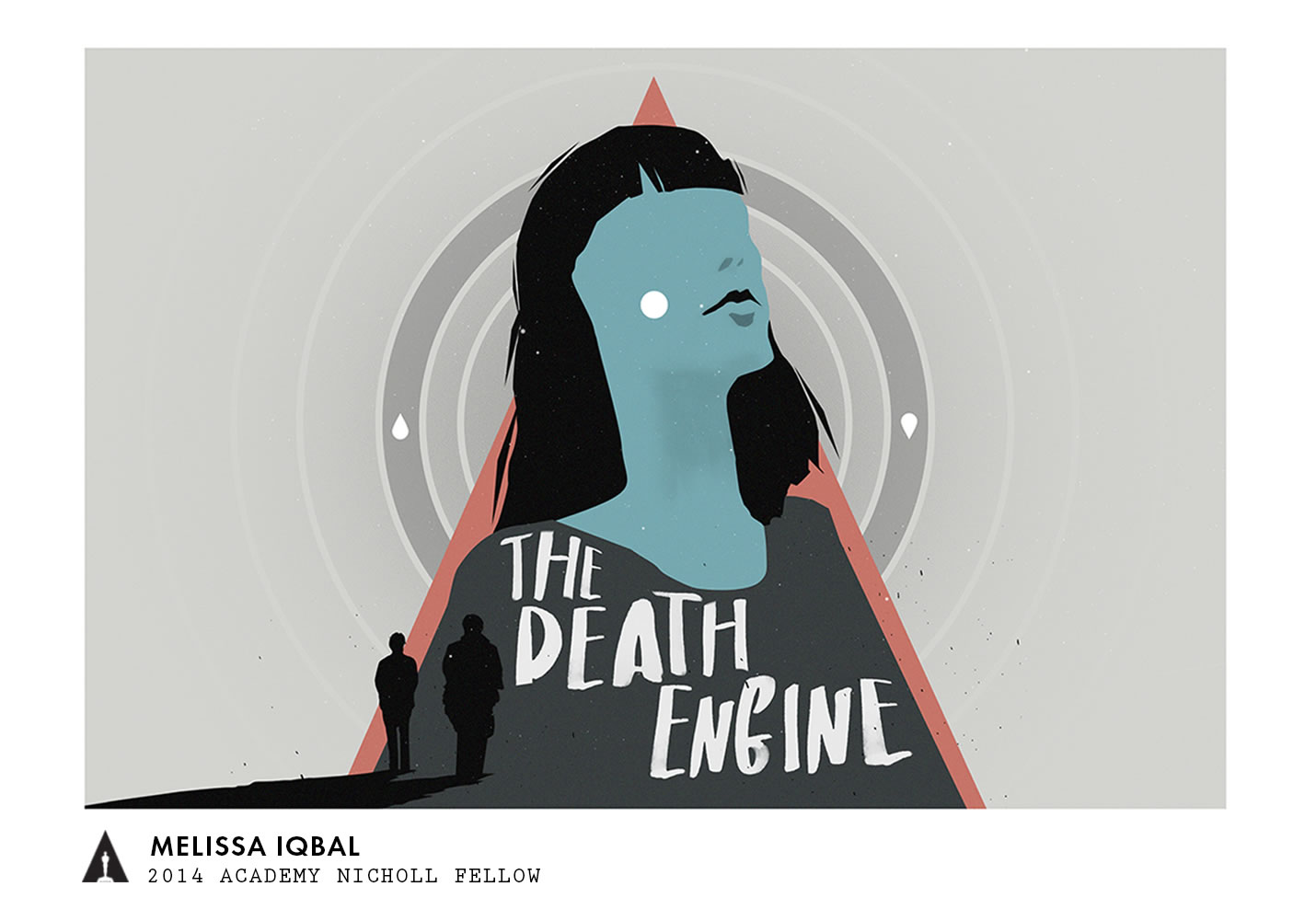 The Death Engine was next, an unusual science fiction tale about a world in which money can buy eternal life. The reading centered on a 100-year-old named Anthony locked in a cherubic 12-year-old body, and Lily, a woman who isn’t taken with the idea of eternal life. The scene played out with the boy interrupted in his bath for an unexpected heart to heart talk with Lily. Filmmaker Destin Cretton, a 2010 Nicholl fellow who recently brought his fellowship-winning script Short Term 12 to the screen, praised London writer Melissa Iqbal as both “awesome and smart” and an inspiration with her “sobering and provocative script.” Upon presenting her award, he echoed the sentiments of many writers in the room: “Welcome to the family.” 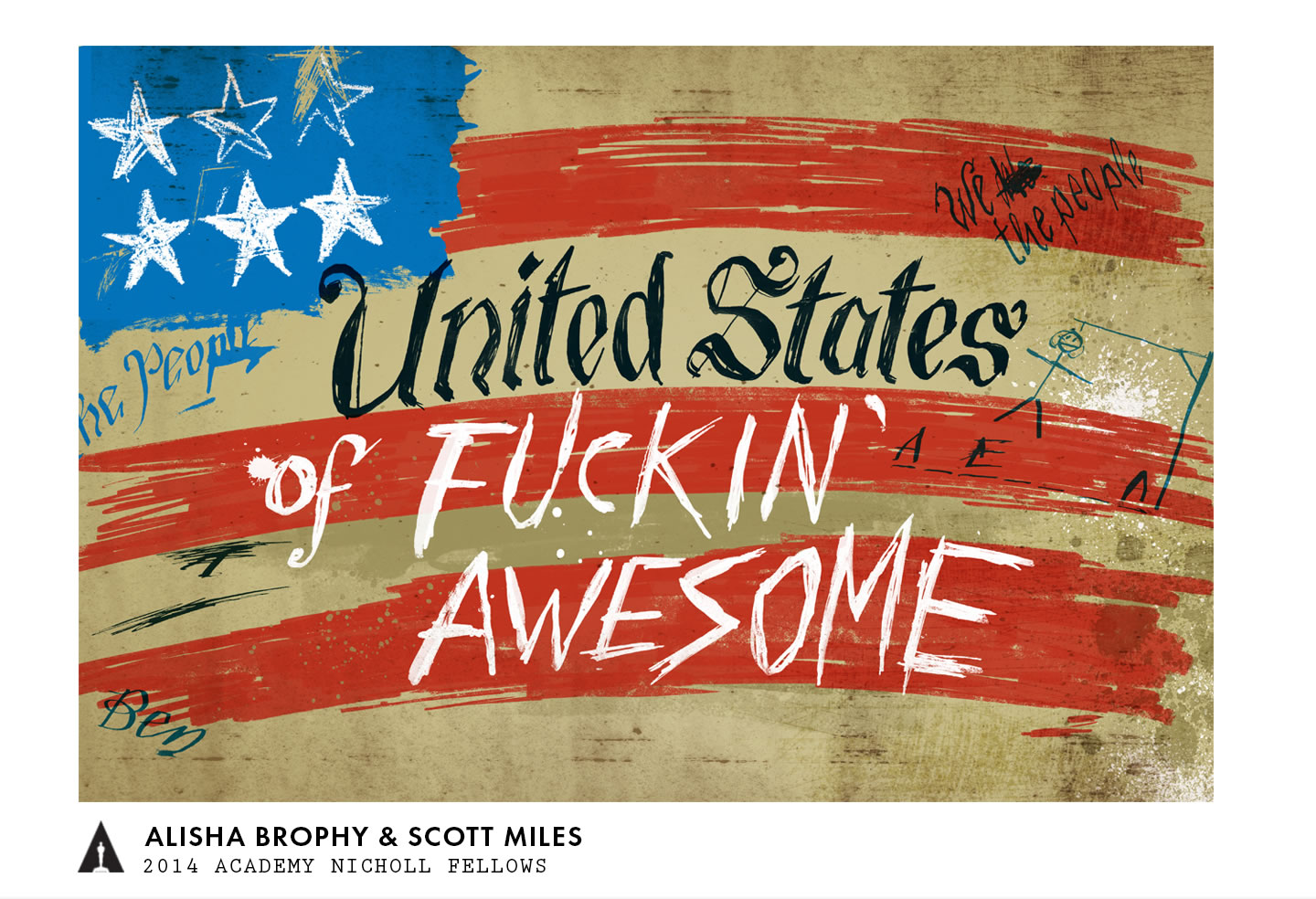 The final award of the evening went to the rowdiest script of the bunch, United States of Fuckin’ Awesome, penned by Alisha Brophy from Los Angeles and Scott Miles from Austin, Texas. The script’s freewheeling, rapid-fire humor was epitomized by a scene in which Thomas Jefferson and George Washington hunt down a naked Benjamin Franklin, who has lost the Declaration of Independence after a wild night at a brothel. Legally Blonde screenwriter Kirsten “Kiwi” Smith savored the “equal opportunity award to a very broad, R-rated comedy,” whose creators first met at the University of Texas at Austin. Brophy and Miles wrapped up the evening expressing their greatest hope for their award-winning collaboration: “One day a kid would watch this instead of doing his homework and fail a test.” Now they are well on their way.