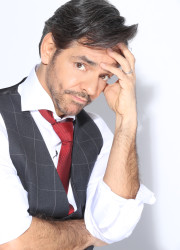 Variety named Derbez as the #1 most influential Hispanic male in the world, and he has been named the #1 social media influencer in Mexico for the previous two years due to his more than 45 million followers across all social media.

Derbez starred with Anna Faris in MGM / Lionsgate’s remake of the classic romantic comedy “Overboard.” The movie made nearly $100 million in box office worldwide. Derbez produced the movie through his banner, 3Pas Studios. With the success of his previous movie, Lionsgate distributed “How to Be a Latin Lover” starring Salma Hayek, Rob Lowe, Kristen Bell, Raquel Welch, which Derbez also produced.

Derbez can also be seen in Paramount’s, “Dora and the Lost City of Gold”, starring Eva Longoria, Michael Peña, and Isabel Moner, directed by James Bobin. Derbez is also an executive producer.

Derbez co-starred in Disney’s “The Nutcracker and the Four Realms” with Helen Mirren, Keira Knightly and Morgan Freeman, directed by Lasse Hallström. He also starred in “Miracles from Heaven” with Jennifer Garner, Kyle Rogers, Martin Henderson, and Queen Latifah, directed by Patricia Riggen.

For over two decades prior, the TV shows Derbez created and in which he starred – “La Familia P. Luche” and “XHDRBZ” -- have become part of the popular culture both in Mexico and the U.S. through the LatinX television network, Univision. His hosting duties on the Latin Grammys and the FIFA World Cup have drawn huge global audiences.

Born in Mexico City, Derbez is the son of legendary cinema and television actress, Sylvia Derbez. He began acting at age twelve in one of his country’s popular telenovelas. He holds a degree in film directing from the Mexican Institute of Cinematography and Theatre, as well as a degree in acting from Televisa's Acting School. He has also studied and trained in dance and music, and has been able to showcase those talents in shows like Broadway's, “Latinologue” and the Spanish language version musical of “Dirty Rotten Scoundrels.” And, as a testament to his popularity and contributions to the arts in both languages, Derbez was awarded a star on the Hollywood Walk of Fame at 7013 Hollywood Boulevard in Hollywood, California on March 10, 2016. 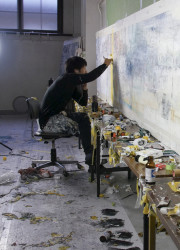 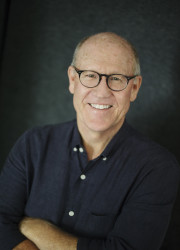 Glen Keane "A 38 year veteran of Walt Disney Feature Animation, Glen Keane trained under Walt Disney’s 9 Old Men. Glen Keane went on to create many beloved Disney characters, such as The Little Mermaid, Aladdin, The Beast, Tarzan, and Rapunzel.In 2012, Keane departed Disney to begin Glen Keane Productions as way to further his artistic explorations in animation, design and film. He has since gone on to collaborate with Google, the Paris Ballet, and Netflix. His most recent project is the animated film “Dear Basketball”, which he animated and directed in collaboration with legends Kobe Bryant and John Williams.He is currently directing "Over the Moon" in partnership with Pearl Studio and Netflix. The animated feature is set to be released Oct 23.” 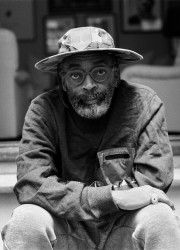 Spike Lee Academy Award® Winner SPIKE LEE’s iconic body of storytelling has made an indelible mark on filmmaking and television. Most recently, he Directed and Co-Wrote Da 5 Bloods for Netflix, his latest joint. Prior to Da 5 Bloods, the visionary filmmaker Co-Wrote and Directed the Academy Award®-nominated and critically acclaimed hit film BlacKkKlansman, winning the Oscar® for Best Adapted Screenplay.

His career spans over 30 years and includes: She’s Gotta Have It, School Daze, Do the Right Thing, Mo' Better Blues, Jungle Fever, Malcolm X, Crooklyn, Clockers, Girl 6, Get on the Bus, He Got Game, Summer of Sam, Bamboozled, 25th Hour, She Hate Me, Inside Man, Miracle at St. Anna, Red Hook Summer, Old Boy, and Chi-Raq. Lee’s outstanding feature documentary work includes the double Emmy® Award-winning If God Is Willing and Da Creek Don't Rise, a follow up to his HBO documentary film When the Levees Broke: A Requiem in Four Acts and the Peabody Award-winning A Huey P Newton Story. In the Television area, he launched his Netflix original series “She’s Gotta Have It”, which ran 2 seasons on the platform. The series is a contemporary update of his classic film.

Spike Lee is a five-time Oscar nominee (Do The Right Thing for Original Screenplay, 4 Little Girls for Documentary Feature, BlacKkKlansman for Picture, Director and Best Adapted Screenplay-Winner) and he was awarded an Honorary Oscar in 2015 for his lifetime achievement and contributions to the state of motion picture arts and sciences. He is a graduate of Morehouse College and New York University’s Tisch School of the Arts, where he is a tenured Professor of Film and Artistic Director. Lee’s Production Company 40 Acres and a Mule Filmworks is based in Da Republic of Brooklyn, NY. 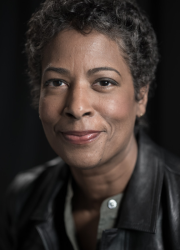 Dawn Porter Dawn Porter is an award-winning documentary filmmaker whose work has appeared on HBO, PBS, Discovery, and Netflix among others. She is currently directing and executive producing an Apple TV multi-part documentary series with Oprah Winfrey and Prince Harry, which focuses on both mental illness and mental well-being.

Other current projects include the documentary Vernon Jordan: Make It Plain which explores Vernon Jordan’s rise from the segregated South to become one of the most influential African American thought leaders in America; John Lewis: Good Trouble for CNN Films, which explores late Congressman John Lewis’ pivotal role in the Civil Rights movement and decades of political and social activism on important issues including voting rights, immigration laws, and much more; and The Way I See It, about photojournalist Pete Souza, who served as Chief Official White House photographer for President Barack Obama and previously as an Official White House photographer for President Ronald Reagan.

Dawn also directed and produced the acclaimed four-hour Netflix original series Bobby Kennedy for President, which was released in 2018 and premiered at the Tribeca Film Festival.

A two-time Sundance festival Director, her film Trapped which explored laws regulating abortion clinics in the South won the special jury social-impact prize at the 2016 Sundance Film Festival, in addition to a Peabody and numerous other awards.

Her 2013 documentary Gideon's Army premiered on HBO and won best editing at Sundance. Gideon’s Army was nominated for an Independent Spirit Award and an Emmy, and is part of the U.S. Department of State’s American Film Showcase.

Dawn also directed and produced Spies of Mississippi, a critically-acclaimed historical documentary that was part of the Independent Lens series on PBS. In 2015 Dawn directed and produced Rise: The Promise of My Brother’s Keeper, a film for The Discovery Channel chronicling President Obama’s program to help young men of color succeed.

Dawn has been commissioned to create films for the Center for Investigative Reporting, Time and Essence Magazines, The New York Times Op Docs, and Amazon. Her work has received generous support from the MacArthur Foundation, the Ford Foundation, the Mellon Foundation, Tribeca Film Institute, Sundance Film Institute, Chicken & Egg Pictures and other esteemed organizations. She is a member of the Academy of Motion Picture Arts and Sciences, the Television Academy of Arts and Sciences, and the Directors Guild of America. 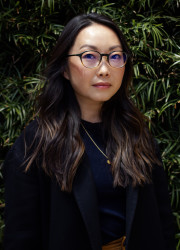 Lulu Wang With the rare ability to captivate audiences with her sincere storytelling and global perspective, Lulu Wang continues to establish herself as a writer and filmmaker to watch.

Most recently, Wang released her second feature THE FAREWELL, which she both wrote and directed. The story follows Billi (Awkwafina), who returns to China after decades in America to join a household of relatives as they convene to say goodbye to the family’s elderly matriarch under the pretense of a shotgun wedding.

The film first premiered at the 2019 Sundance Film Festival in the U.S. Dramatic Competition, earning Wang a nomination for the Grand Jury Prize. After its success at Sundance, A24 picked it up for worldwide distribution and released the film in select theaters on July 7. Since then, Wang’s sophomore feature has garnered a multitude of praises, including Variety naming Wang among its “Top Ten Directors To Watch in 2019”. The film recently won Best Feature at the 2020 Film Independent Spirit Awards, as well as a Best Actress Golden Globe for Awkwafina and a Best Supporting Actress Spirit Award for Zhao Shuzhen. The critically-acclaimed film also garnered multiple nominations throughout the season including “Best Feature” and “Best Screenplay” at the 2019 Gotham Independent Film Awards, AFI's Top Ten Films in 2019, as well as “Best Motion Picture – Foreign Language” at the 2020 Golden Globe Awards.

Wang’s debut feature film, POSTHUMOUS, stars Brit Marling and Jack Huston. Released by The Orchard in 2014, the indie romantic comedy follows a struggling artist who finds himself accidentally reported dead. On behalf of the debut film, Wang was awarded with the Chaz and Roger Ebert Directing Fellowship at the 2014 Film Independent Spirit Awards.